Should Siam Park Gran Canaria Be Stopped To Protect The El Veril Area? 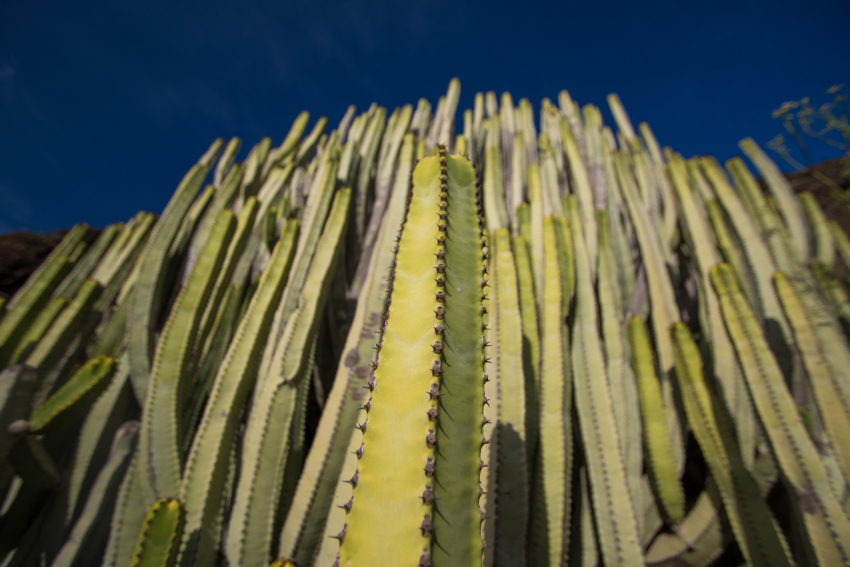 The candelabra plant is an icon of Gran Canaria and a common species photosgrancanaria.com

A recent viral Facebook post claims that El Veril, the proposed location for Gran Canaria's Siam Park waterpark is a site of special scientific interest that must be protected. Here are the facts behind the claim.

The Facebook post claims that El Veril, sandwiched between Playa del Inglés resort and the motorway is home to a number of endangered species as well as a range of archaeological sites.

A unique and unrepeatable landscape

The Facebook post claims that El Veril is a unique and special area with an unrepeatable landscape. Anyone who has walked extensively in south Gran Canaria will know that this simply isn't true. The low-altitude scrubland with Euphorbias and other dryland plants is widespread across the whole of east and south Gran Canaria. It's the same terrain you see as you walk up towards Sioux City.

In fact, if you look at any comparable piece of ground in south Gran Canaria, you'll find the same plants that grow at El Veril. The same goes for the insects and invertebrates mentioned in the Facebook post.

The thing about El Veril from a botanical and biological point of view is that it is identical to the dry ravine floors and coastal habitats on the other side of the motorway.

There is plenty of this type of habitat in south Gran Canaria so there is no scientific argument for giving El Veril special status.

This isn't our opinion; the entire island of Gran Canaria was studied in detail back in the 1990s to identify biodiversity hotspots. More about that in a minute.

The largest cardonal in Gran Canaria?

The Facebook post also claims that El Veril is home to the largest cardonal on the island.

A cardonal is a stand of cardones; the large succulent plants that many visitors think are a cactus but are in fact an endemic succulent called Euphorbia canariensis. Some people call them candelabra plants.

While cardones are spectacular, they are a common plant on Gran Canaria and grow all along the east, south and west coast of the island from close to sea level up to about 600 metres.

The cardones at El Veril are definitely not the largest stand on the island because that's on west coast. You can see it from the road between La Aldea and the El Balcón mirador at Anden Verde. Hundreds of giant candelabras grow on the steep terrain and shelter even rarer species amongst their branches.

That area, by the way, is protected as a site of special scientific interest.

The Facebook post then goes on to say that El Veril is a breeding ground and home to the endangered Pallid swift (Apus unicolor).

This is inaccurate in several ways; the plain swift breeds on high cliffs, mostly close to the sea so it is highly unlikely to find a place to nest at the relatively flat El Veril site. It may hunt there, but then it hunts all over the Canary Islands from sea level right up to the mountains.

As for its endangered status, the plain swift is common and currently classified as 'Of Least Concern' by the IUCN. It lives and breeds all over the Canary Islands and Madeira and maybe even coastal areas of North Africa.

A small and recently discovered archaeological site at El Veril has already been excavated and all The Siam Park investors have committed to protecting the site within the park. The finds and the small scale stone constructions were interesting, but not of any particular significance.

There is no archaeological reason to stop the water park.

In the 1980s, the Gran Canaria Government commissioned an independent study of the natural areas of Gran Canaria. The idea was to identify the areas that needed protecting to guarantee the island's biodiversity.

Botanists and scientists examined the entire island and came up with a plan for protecting the most important areas in Gran Canaria from development. The study highlighted a number of areas in south Gran Canaria that were worthy of protection.

It was called the Plan Especial de Protección de los Espacios Naturales de Gran Canaria and it came out in th late 1990s. You can read the English summary of the study here.

For example, it put the whole Veneguera Valley out of the reach of developers due to its rich diversity of unique Canarian plants and animals. In total, 64 zones of Gran Canaria were identified as being of particular interest and the vast majority are now protected by law.

However, the scientists found nothing of note at El Veril and it wasn't even noted in the study.

While local ecologists are militant about allowing any further development in Gran Canaria, there is no scientific reason (or any other decent reason) why Siam Park can't be built at El Veril. The benefits to tourism, employment and the local economy far outweigh the minor loss of degraded native habitat at the chosen site.

The ecologists behind this Facebook post, and the recent campaign against the waterpark, are so radical that they oppose any human encroachment on nature.

They must come to realise that the only real path to sustainable development is to find a balance between people and nature that protects biodiversity and allows people to make a living.

The stand they are making at El Veril undermines their credibility and their wider, noble, cause.