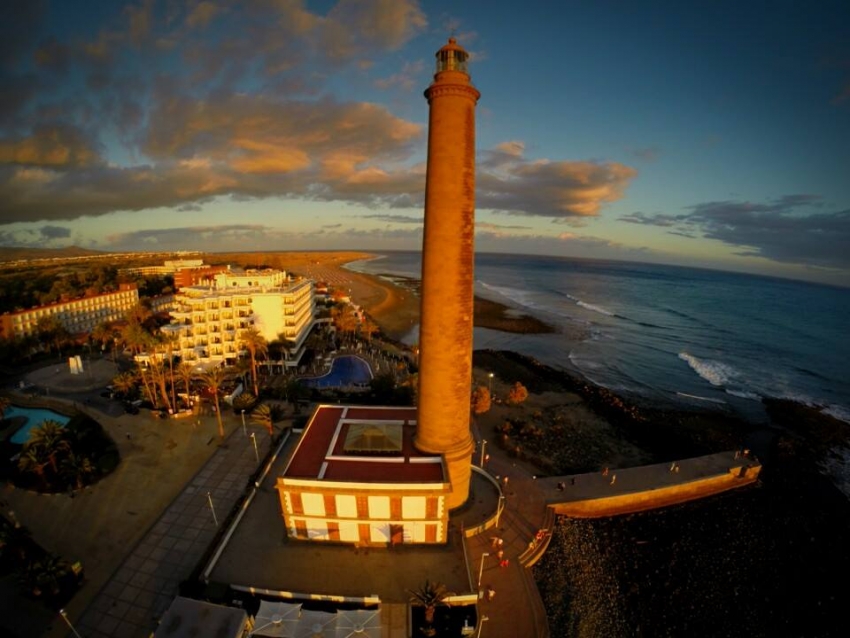 The Maspalomas lighthouse, known as the Faro de Maspalomas, has been shining continuously for 125 years and is much older than the resort around it.

Gran Canaria decided to build a lighthouse at Maspalomas in 1860, but it wasn't finished and switched on until 1890. The project took so long because it was an ambitious and expensive design, and because south Gran Canaria was a remote wilderness at the time. The town of Juan Grande, just north of modern-day San Agustín, was known at the time as the 'gateway to the desert'

With no road access to the area, the first thing the builders did was build the jetty next to the faro; Then they shipped in all the stone and other material needed to build the lighthouse. Where did they get the stuff to build the jetty?

Where did they get the stuff to build the jetty? Good question ;-)

Anyway, the faro is 58 metres tall and its light is visible up to 19 nautical miles offshore. It still works as a lighthouse today and is also an official cultural monument.

If the rumours are true, visitors will be able to climb the steps all the way to the top of the lighthouse.