What's On In Gran Canaria In June 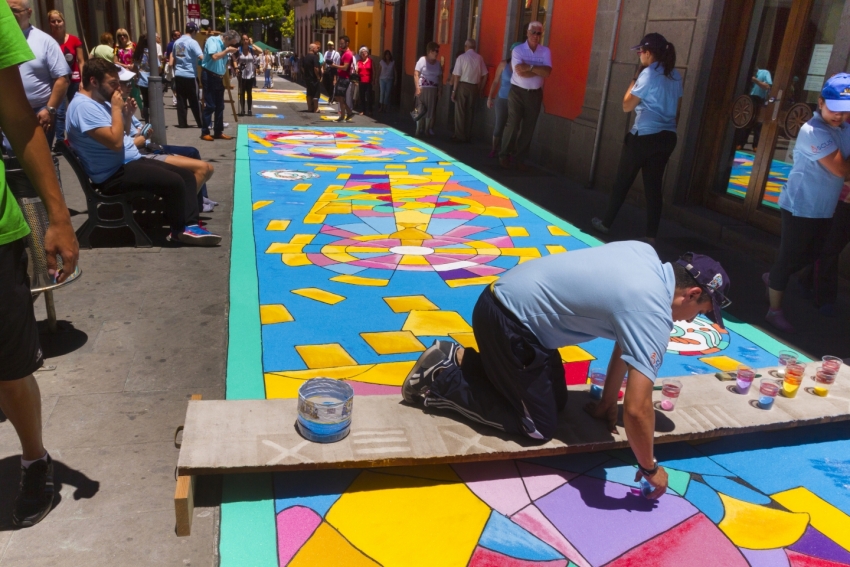 Gran Canaria's summer fiesta season is in full swing in June with over a dozen local romerías. You also have bonfires and local beach parties, a bikini fashion show, and Las Palmas' foundational celebrations.

June is peak party season in Gran Canaria's towns and villages. Most Romerías, the Canarian equivalent of fiestas in Spain, start with a serious religious event such as a procession. Once that's out of the way the guitars, food and local rum come out and everybody has fun.

Romerías are one of the few times when it's socially acceptable to be drunk (not fall down and vomit on your neighbour drunk) in public in Gran Canaria. Foreigners are always welcome, especially if they join in with the dancing and singing rather than just pointing cameras at everyone.

On the first weekend in June (Saturday 6th in 2015) there are three local fiestas in Gran Canaria:

On the second weekend in June (Saturday 13th in 2015) you get a choice of six different local events spread around the island.

On Friday the 19th of June there's a Romería in Los Corralillos in Agüimes.

This Catholic festival can be at the end of May or during June. This year (2015) it's on Sunday 7th June.

In Gran Canaria people traditionally made street carpets out of salt, flowers and sand but most places have lost the tradition. The exception is Arucas town where the streets are still covered with salt carpets. Some people even make them out of fragrant pine needles and flowers.

Vegueta old town in Las Palmas, once famous for its carpets, is bringing back the tradition.

Las Palmas city celebrates its founding betwen the 5th and the 25th of June. Events include concerts, markets, regattas and guided night walks.

San Juan is a mixture of  beach party and bonfire night. It's biggest in Las Palmas because the city was founded on San Juan Day (June 24th). Thousands of people gather on the beach to eat and drink. At midnight everyone walks backards into the sea and there's a huge fireworks display. These days beach bonfires are forbidden on Las Canteras beach but lots of other places still have a big blaze and fireworks.

Where better to lunch new swimwear and bikini fashions than in Gran Canaria? Between June 18 and 20 the island becomes the world centre of beach fshion thanks to the Gran Canaria Swimwear Fashion Week held in the Expomeloneras Conference Centre in Maspalomas.

This year there are designers from Brasil, Colombia and Mexico long with local brands like Lenita y XTG. The event is  trade show so good luck geting in. There will be plenty of photos about.