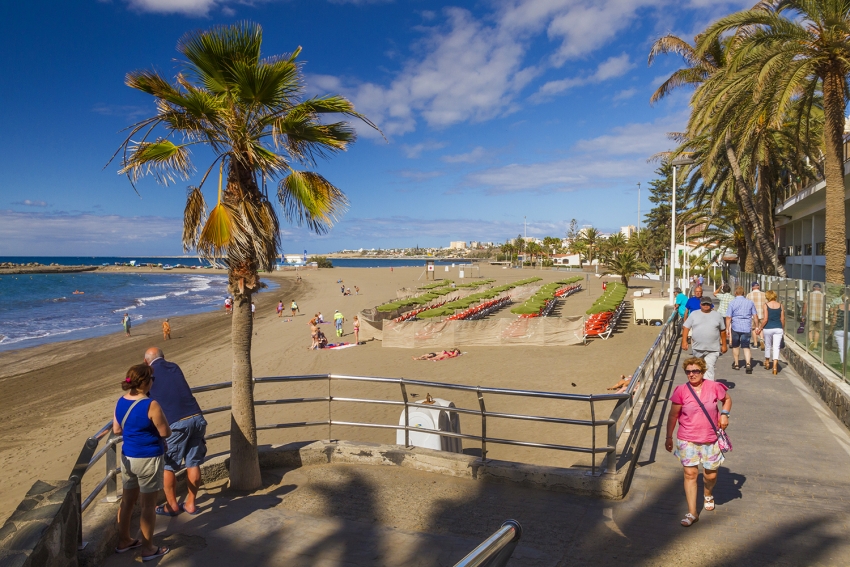 Gran Canaria's coastal paths are amongst it's most popular public spaces, but many need a good revamp. Here's the plans that are in the pipeline.

Renewing Gran Canaria's coastal pathways is tricky because the coastline is controlled by the Central Government's Costas department and it need to approve all plans; Environmental studies, planning approval and finding the funds all take time.

We can't say when, or even if, these projects will happen, but it's good to know that Gran Canaria is pushing to get things done.

Improvements to the coastal path between Arguineguín town and Anfi beach

This project has been in the works since 1977 but it looks like it will go ahead soon as some money has been set aside and a public announcement in favour of the plan made by a top Spanish planner. Details here.

The Anexo II shopping centre and restaurant strip is showing its age and the plans include a forest of electricity generating trees for the car park, chill out terraces on the roof and a lift with big glass windows to connect the centre and boulevard to Playa del Inglés.

Improvement to the beach access from Las Azucenas street.

The SBT town hall wants to turn the breakwater that shelters Las Burras beach in a proper walkway for tourists that also respects the original fishing traditions of the area.

El Pajar village and beach may be right next to Arguineguín, but it is in SBT territory. The Municipio plans to renovate the 300 metres beachfront boulevard at El Pajar.

See our complete guide to all of Gran Canaria's beaches here.