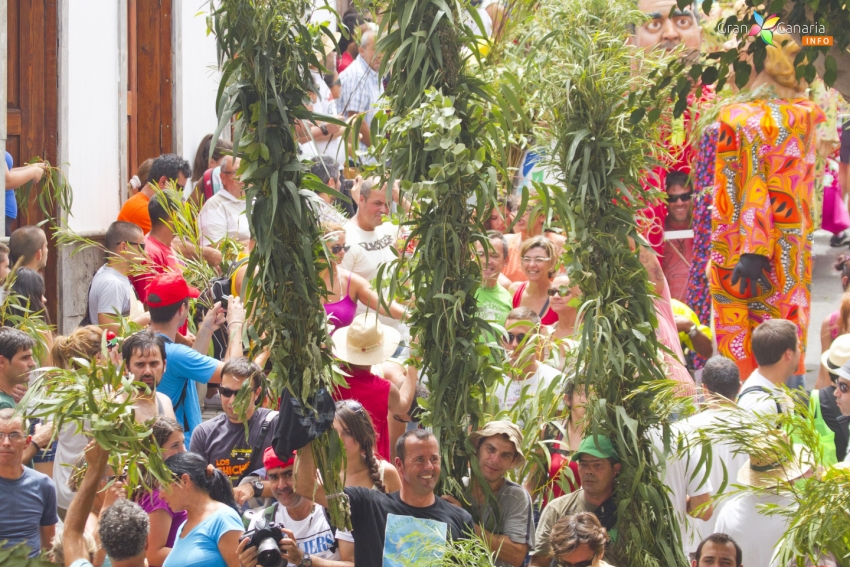 Up to 70,000 people head to Agaete this weekend for a huge party with pre-Hispanic roots.

The La Rama fiesta starts with a procession through Agaete town where everybody carries branches and dances to the local band followed by giant papaguevo papier mache figures. The procession starts in Agaete town and makes it way gradually (and with plenty of stops for refreshment) down to the sea. Here the few people still standing beat the sea with the branches to encourage the rain.

To enjoy La Rama, arrive early, park where you can and then head into town carrying as much ice, rum, Tropical and Coca Cola as you can. They stay until Sunday night. Puerto de Las Nieves is less crowded than Agaete (which is bedlam).

As with all Canarian fiestas, La Rama gets crowded but isn't rowdy: Canarians know how to drink rum in the sunshine and stay cool.