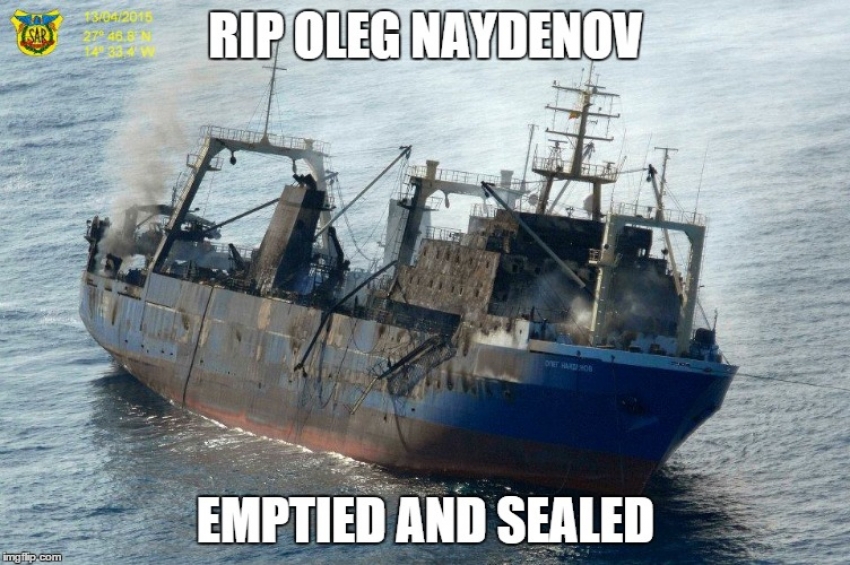 The Oleg Naydenov wreck is no longer a danger

All leaks on the Oleg Naydenov have now been seal and the ship has been completely emptied of oil, according to Spain's sea search and rescue organization Salvamento Marítimo

Debunkering work carried out by the Ardent company, including building coffins over all leaks to prevent further oil seepage, and the removal of over 500 cubic metres of oil waste.

The technical committee in charge of overseeing the wreck has now removed the emergency status of the Oleg Naydenov wreck.

However, Salvamento Marítimo is leaving nothing to chance and will continue to monitor the wreck site using satellite data as well as flyovers, checks by ship and by undersea ROV.

Gran Canaria can now look back and count itself lucky that fuel oil from the sunken trawler didn't foul its main beaches and kill a lot more wildlife.