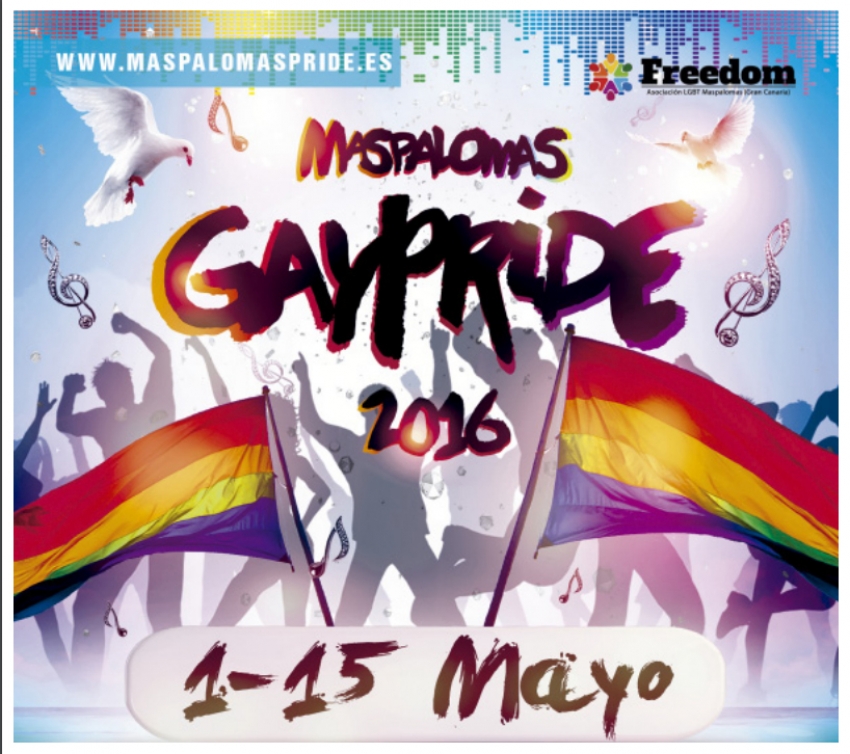 The full program for Maspalomas Gay Pride 2016 is now online in English.

The first pool party is on Saturday 7th at the Hotel Axel Beach, there's a cowboy day at Sioux City on Monday 9th, the opening gala is at Yumbo is on Tuesday 10th, there's a fashion gala on Wednesday 11th, the high heel race and drag queen gala are at Yumbo on Thursday 12th, the international gala is on Friday 13th, and the float parade is on Saturday 14th.

Despite the controversy over new noise regulations at the Yumbo Centre, it looks like this year's pride event will be as raucous as ever as we hear that the rules won't be applied during Maspalomas Pride itself.

Have fun and be good!