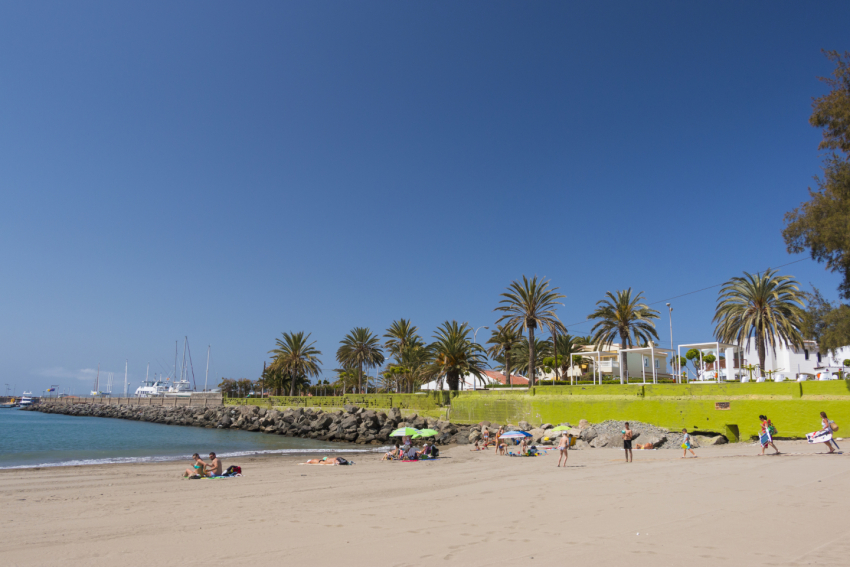 Pasito Blanco beach and marina will be busier after Teo Gerlach's new hotels are built photosgrancanaria.com

More hotel news from holiday island; Teo Gerlach, the man behind the Seaside Hotels group, is about to get permission to build two new hotels at Pasito Blanco marina.

The new hotels will be a 5-star and an ultra 5-star and will cost 120 million euros to build.

If you've been a fan of Gran Canaria for a while you may remember that it was Gerlach who had to watch his Hotel Maspalomas being demolished back ion 1989 after the courts ruled that its permits were illegal because it was built inside the Dunas Nature Reserve.

After the Dunas hotel disappeared in a big puff of dust, Gerlach received land at Pasito Blanco in compensation. It's been a long wait but he's now about to get permission to go ahead and start building.

The five-star hotel will be seven storeys high (built in tiers to avoid sticking out like a sore thumb), have 500 rooms, 1000 beds and a cost of 90 million euros. The ultra deluxe five Star will be four stories with have 161 rooms and room for 350 guests. It will also be tiered.

Work is expected to start at the beginning of 2018 and to be finished withing two-and-a-half years.