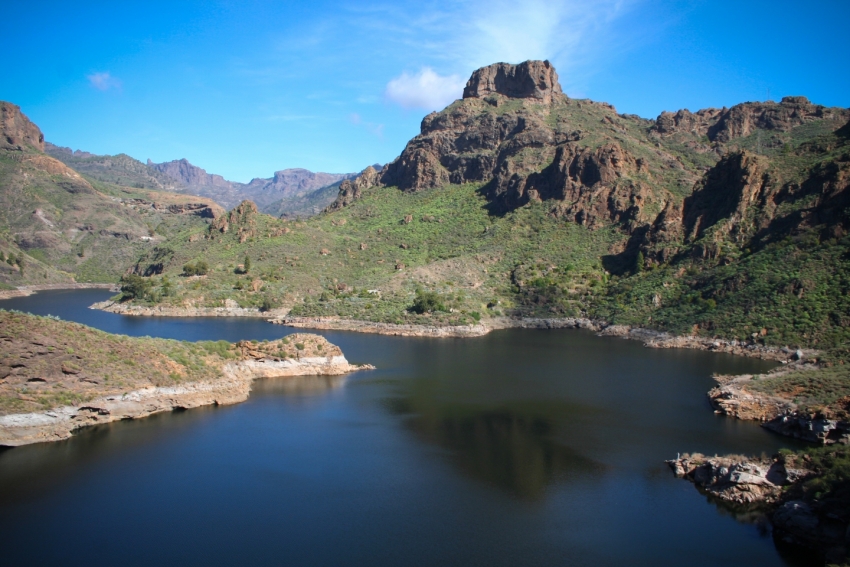 Gran Canaria's plan to use its reservoirs as a giant battery to store wind energy is expected to generate 60% of the island's electricity needs within five years.

The plan is to use the giant Chira and Soria reservoirs in the southern highlands as a huge battery to store up electrical energy genrated by the island's wind turbines, which currently only generate power at times of peak demand and when the wind is blowing.

By running the wind turbines whenever there is enough wind and using the electricity to pump water from Soria reservoir up to the higher altitude Chira reservoir, the energy can be stored and later released by allowing water to flow back down to Soria via a hydroelectrical power plant.

Spanish electrical infrastructure firm Red Electrica will start to build the hydro plant between the two reservoirs in 2016 and expects the system, which has a €300 million budget, to be fully operational within five years.