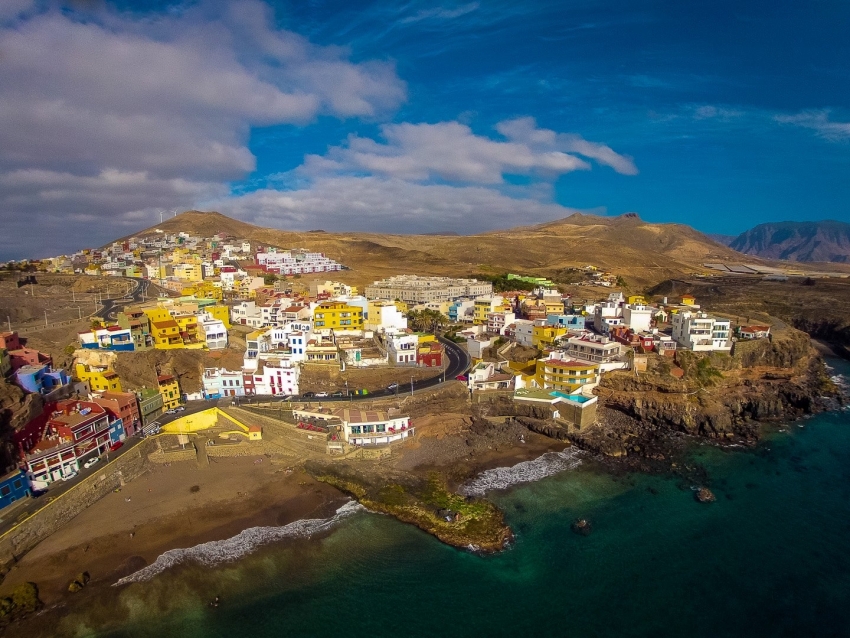 The harbour squats improbably at the base of a crumbly cliff and some of the fishermen's storage areas are actually cut into the rock. Originally a fishing harbour, Sardina de Gáldar is now famous amongst divers for its clear waters full of harmless angel sharks (and the odd whale shark).

For non-divers, the little golden beach is the prettiest in the north-west and the local restaurants do great seafood. Sardina's divers think nothing of going diving and then eating platefuls of marine life right by the reserve.

The restaurant by the jetty dive spot is consequently excellent value although for location, the one that overhangs the beach is superb.

Lex says: Sardina de Gáldar is also known as Sardina del Norte (there's another one in the south), but the locals don't like it.

Don't forget to head north to the Sardina lighthouse. It's modern but right up on the high cliffs with a great view of Tenerife. On windy days you'll hardly be able to stand up straight.