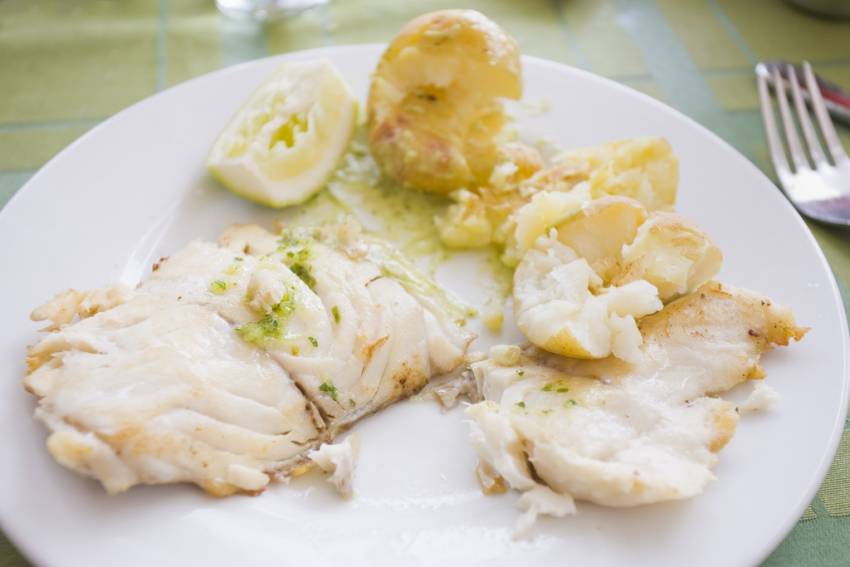 Mojo is the quintessential Canaria sauce. The red form, served with little wrinkled potatoes is the most famous kind, but the herby green variety is just as good. It's intense colour and flavour come from fresh coriander (cilantro).

Green mojo is traditionally served drizzled over big pieces of boiled potatoes, on fried fish or on slices of octopus. On Gran Canaria you rarely get it with wrinkly potatoes (papas arrugadas) but it is served this way on other islands.

Mojo verde is very similar to Portuguese salsa verde but uses coriander instead of parsley. It may be yet another reminder that many of the earliest settlers in the Canary Islands came from the Portuguese island of Madeira, just to the north of the Canaries.

To make enough mojo for a decent dipping session you need:

A good bunch of fresh coriander
Six fat cloves of garlic
Half a teaspoon on cumin seeds
A big pinch of salt
One fresh green chilli pepper
Olive oil
Cider or wine vinegar (not malt vinegar: too strong)
A hand full of breadcrumbs to thicken

Grind up the coriander leaves and the tops of the stalks with the garlic, salt, chilli and cumin. You can use a blender but a pestle and mortar does a better job. You want to end up with a smooth paste with no oil floating on top.

Add about 200 ml of olive oil and 50 ml of vinegar and mix well until you get a thick, sticky sauce. If the mixture is too thin add some breadcrumbs. If it is too thick dilute it with a bit of white wine.

Serve mojo verde straight away as a dipping sauce with crusty bread, or with almost any other Canarian dish. It goes particularly well with fried fish. You can store it in the fridge for a couple of days but it loses its flavour quickly.

Some people add a handful of green peppers (capsicum) and a teaspoon of dried oregano leaves. Other substitute half the coriander for parsley. These extras are not traditional but do create a green mojo sauce with more depth of flavour.

We have 496 guests and no members online