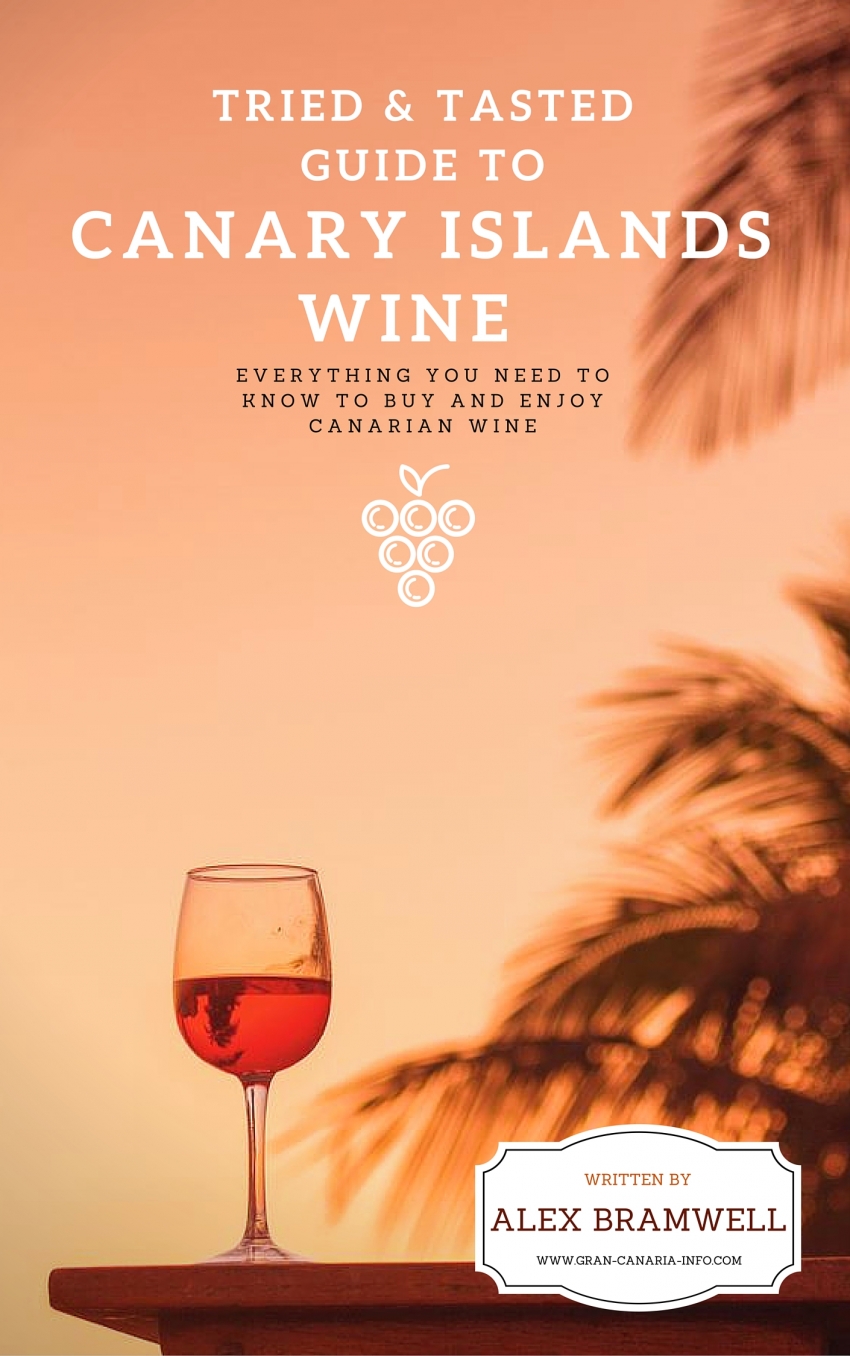 The wines of the Canary Islands, born of lava and sunshine and pressed from rare and ancient grapes, are a the highlights of the islands that most visitors miss out on. We want to change that, so here's the book that helps you understand and enjoy them.

The Tried & Tasted Guide To Canary Islands Wines is a well-researched book (believe us, we didn't leave a bottle uncorked) about the wines of the Canary Islands and why every visitor has to try them.

It’s a guide for the casual or enthusiastic wine drinker who wants to know more about the unique grapes and wines of the Canary Islands.

Once you’ve read it, you’ll know enough about Canarian wine to recognise a good Malvasía, and know why La Palma wines taste of pineapple and Tenerife wines smell of fig leaves.

But don't worry, you won't know enough to turn into a wine buff and start spitting out perfectly good wine.

Canarians don't approve of that sort of thing anyway.

Than mine host's Canary wine?

The Canarian flora is a living fossil with over 600 species of plants that grow nowhere else on Earth. These remnants of an ancient Mediterranean vegetation that was squeezed into oblivion between the ice of Europe and the Sahara desert.
Canarian plants survived on the Atlantic Islands thanks to the temperate Atlantic Ocean.

Millions of years later, the grapevines of the Canary Islands pulled off a similar feat of survival.

In the 1860s, an American vine aphid known as phylloxera hitched a lift across the Atlantic on one of the first steamships and ravaged continental Europe’s vineyards. The bugs fed off the roots of European vines and spread a deadly fungus.

Nothing worked, not even toads

Growers tried everything from putting toads next to their vines to massive doses of chemicals, but nothing stopped their vines from withering.

Many ancient varieties died out completely and the survivors had to be grafted on phylloxera-resistant American rootstock. Within a few short years, Europe’s vineyards,and the taste of the wines they produced, had changed beyond recognition.

The taste of ungrafted pre-phylloxera wine has gone forever, except for a tiny number of wildly-expensive bottles coming from few patches of pre-phylloxera vines that survived in volcanic soils across Europe.

Even in these areas, most of the original vines were replaced with modern varieties.

However, in the Canary Islands, phylloxera never struck and the vines that grow today descend directly from the original plants brought from Europe.

Canarian vines are therefore the only vines on Earth that can trace their lineage back to the vines brought to Hispania by the Ancient Greeks and Romans.

Recent genetic studies have shown that several Canarian grape varieties, such as Tintilla, Marmajuelo and Forastera Blanca, have no known ancestors. It’s likely that their ancestors died out during the phylloxera plague of the 1870s leaving them as the last of their kind.

But they taste much better.

Vines came to the Canary Islands from Spain, and from Madeira island to the north, as early as the 1450s. Since then, they have slowly been adapting to local conditions. Growers use cuttings from the vines that are best adapted to the local weather and soil to populate new vineyards.

The result, after 570 years, is vines that thrive in the local climate and soils and produce wines as spectacular as the islands they are from.

The Canarian climate and terroir

The Canary Islands climate is one of the best in the world, at least for people. From grapevines, it’s more of a challenge; the African sun and young volcanic soils packed with minerals mean that grape vines are at the edge of their comfort zone.

The result is grapes packed with sugar, minerals and character and wines with intense aromas and flavour; great for the whites, but more of a challenge for the reds.

LEARN MORE: The Tried & Tasted Guide To Canary Islands Wines is available as a Kindle book.

We have 469 guests and no members online