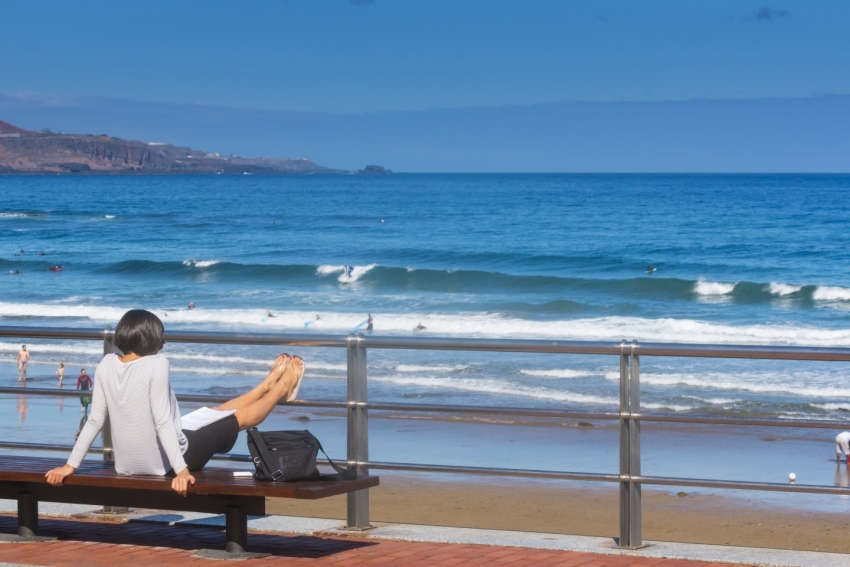 Living in Gran Canaria: Someone's got to do it www.photosgrancanaria.com

Want to know what it's like to live in the Canary Islands? Here's what local life is really like.

'Cold' air is a deadly poison

Live in the Canaries and you start to believe, like all Canarians, that cold air causes a wide range of diseases from the Common Cold to the mythical 'dolor de cervicales'. The fact that you don't get any cold air in Gran Canaria doesn't affect the diagnosis; Even doctors recommend covering the neck on cool evenings.

As for rapid changes in temperature, everyone knows that it causes gripe. Going barefoot away from the beach? You might as well book a hospital bed in advance.

A half hour drive is a long commute, but nothing if there's a party at the end of it

The idea of living in Las Palmas and working in Playa del Inglés, or commuting from Playa Blanca to Costa Teguise fills you with dread; The half hour drive seems like an eternity. However, when there's a party in the tiniest hamlet in the most remote corner of the island, you're on the road at dawn to bag a good parking space close to the chiringuitos.

When someone threatens to shit on your mother, it's because they love you

You know that "me cago en tu madre" isn't a Canarian insult but a term of endearment. So when a Canarian threatens to shit on your mother you smile because you know you've made a friend.

The similar term "me cago en la leche que te parió" is similar, but is used by your friends when you are with your mother.

"Hijo de puta" means I love you too.

Sand gets everywhere, but that's cool

Its in the bed, under the bathmat, in the fridge and, yes, even in the sandwiches that you make to take up to the mountains, but it doesn't matter because that tiny bit of crunch is what reminds you that you live on an island in the sunshine.

Sometimes, you go to a pebble beach just so that you don't have to suffer from the dreaded wet sand bum itch on the drive home.

Beer is the only drink allowed on the beach

You can always spot the tourists on the beach in the Canary islands; They are pale, look uneasy in their swimming costumes and they have a terrible habit of drinking cold water. Don't they know that it causes gripe?

Like everyone else in the Canary Islands, you know that the only thing that quenches your beach thirst is beer.

Your feet are too wide for normal shoes

Because you spend nine months of the year in flip-flops, your feet have flattened out and there's no way to wear smart shoes without pain.

Luckily, the cure for blisters is seawater and there's plenty of that around.

Yes, rain is a pain because the roof leaks, the drains overflow and daily life grinds to a halt but, unlike the tourists, you know that rain is a great thing in the Canary Islands. Everything goes green after rain and people up in the hills are far more cheerful with mud on their shoes.

So, when it does chuck it down, you stand by the front door and watch it along with all the vecinos.

You've given up doing roundabouts the right way but, wow, can you park

What's the point of doing roundabouts right when everybody else just sits in the right-hand lane and still gets where they are going. Using the inside lane of a roundabout in the Canary Islands is just dangerous.

However, when it comes to parallel parking you are a master who can fit into a space an inch longer than the vehicle without a scratch (well, just the odd one; touch parking is fine).

It's fine to grab a sandwich and eat it on the go in London or Berlin, but in the Canary Islands it just feels wrong. If you want to eat, go find a cafe or a bench, sit down and do it right. If you must grab something to go, you eat it in the shop rather than on the street.

And as for getting crumbs on your keyboard, that's just wrong: Lunch hour is for lunch not work. That's why it lasts for three hours.

It's a tired cliche to say that everything in the Canary Islands happens mañana. And it's just not true.

No, things here happen 'la semana que viene', or 'el mes que viene' around Christmas and during the summer.

The only exception are fiestas which happen 'este fin de semana' without fail.

We have 469 guests and no members online