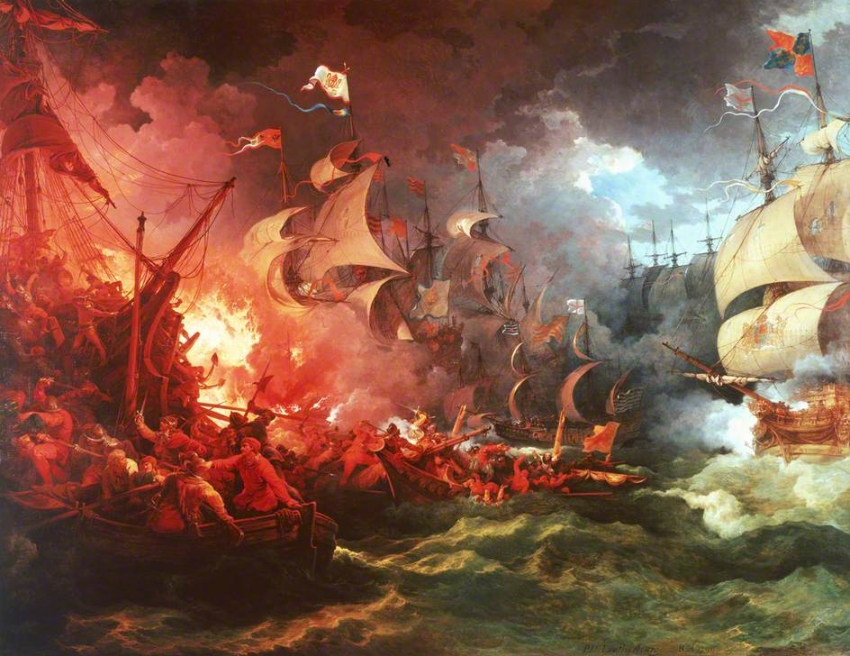 It was the first action in a doomed expedition that took Drake and Hawkins to their graves in the New World.

When they set sail from England with a privateer's commission and fleet of six royal galleons, twenty ships and dozens of smaller craft, Drake and Hawkins never intended to stop in the Canary Islands. Instead, they were headed across the Atlantic to plunder Spanish treasure ships and set up a permanent English colony in Panama.

However, Drake's armada was soon running low on water and provisions and he decided to detour to the Canary Islands and take Las Palmas city. His general, Sir Thomas Baskerville, was convinced that his troops could take it in just four hours.

Drake wanted to give his men an early morale boost, although history records that Hawkins was more cautious and wanted to keep the element of surprise until the corsair fleet arrived in the plunder-rich Caribbean.

The Spanish sighted Drake's sails on October 4th and organised a hasty militia of 1500 men to defend the city.

Drake's landing was a total disaster and he lost dozens of men and several boats without establishing a bridgehead. After taking an hour and a half of intense musket fire, the English retreated with no plunder and no provisions.

The fleet sailed away from Las Palmas and tried to take on water at Arguineguín in south Gran Canaria. However, the Spanish captured a landing party and soon found out all about Drake's plans.

Drake sailed west from Gran Canaria, reprovisioned on La Gomera island and headed towards the Caribbean. Just ahead was a fast Spanish ship that warned the Empire that El Draque was heading their way.

Drake and Hawkins attacked several ports and ships in the Caribbean but without the element of surprise were beaten back by the Spanish. Hawkins fell in Puerto Rico, and Drake succumbed to dysentery in Panama.

El Draque was buried at sea in a lead coffin that has never been found.

General Baskerville, after a final defeat, sailed the failed expedition back to England. Only eight ships returned home.

We have 608 guests and no members online