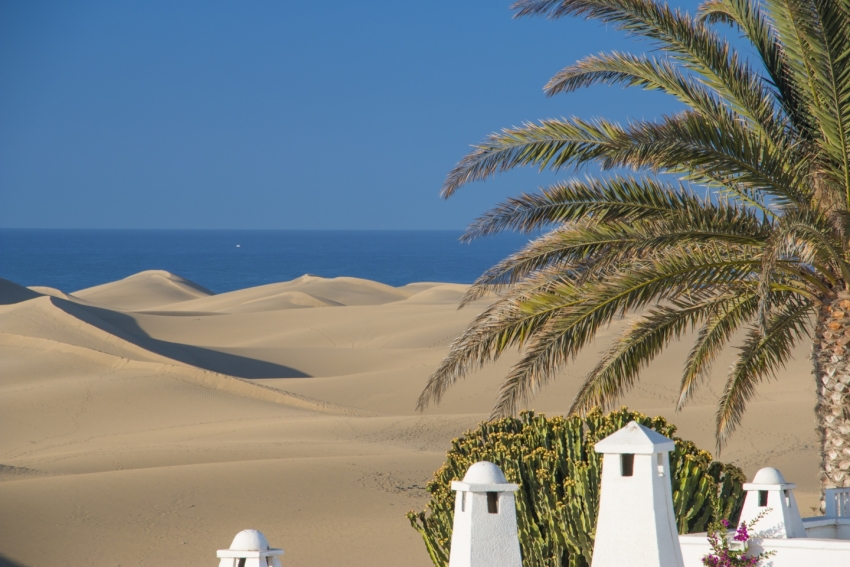 A well known Gran Canaria artist has proposed a new viewpoint overlooking the Maspalomas dunes in the form of a Cosmic Dune.

Gran Canaria painter and sculptor Pepe Dámaso, widely recognised as the greatest living artist in the Canary Islands, wants to create "a cosmic dune, a habitable dune" at Maspalomas.

At a meeting with island president Antonio Morales, Damaso stated Maspalomas lacks a significant architectural monument and that the dunes deserve more than "access via a hotel". He also commented that there was "almost wild how people walk into the dunes at the moment".

Damaso compared the Maspalomas dunes to Cesar Manrique's work at Timanfaya in Lanzarote, stating that Gran Canaria can save the dunes in the same way Manrique saved Lanzarote.

The president gave his cautious support to Damaso's idea, noting that the project would have to be studied carefully as it affects a nature reserve.

Watch the video to see Damaso's initial design for his Cosmic Dune.

We say do it. Yesterday!

Lex says: Agaete native Pepe Dámaso has already donated most of his life's work to the Canarian government so that it can be placed on view across the canary Islands. You can see one of his works in the Las Nasas restaurant in Puerto de Las Nieves.

We have 397 guests and no members online