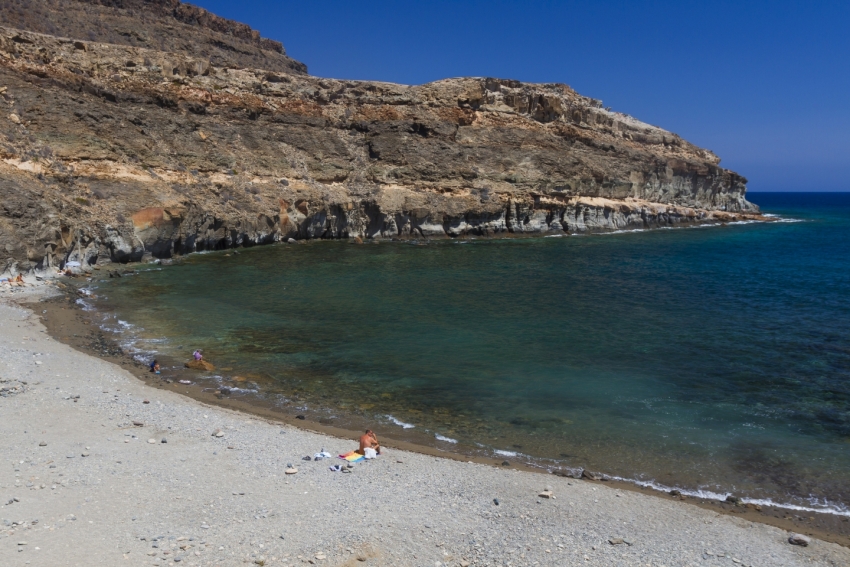 The new sand hasn't even settled on Tauro beach and there are already plans for two more artificial beaches in south Gran Canaria.

However, the local mayor Onalia Bueno has dismissed the proposals stating that the coastline of Mogán should not be modified with major building works and more sand.

Bueno rejected plans for new artificial beaches and also criticised plans to give private companies 50-year concessions on the exploitation of the coastline at Medio Almud and Los Frailes. She said that the coastline should remain under the control of the local authorities and that any modifications must be minor and limited to improving access and usability of the existing coastline. She described the idea of more artificial beaches on the coast as "unthinkable".

Grupo Santana Cazorla, which owns 50% of Anfi resort, submitted its proposals on July 6 and the Mogan Municipio now has until August 3 to present alternative proposals.

The situation is complex because decisions about Gran Canaria's coastal development are taken by the Spanish government's Costas department rather than by Canarian or local authorities.

Alex Says: Costas is notoriously slow and strict about what it allows on the coast (Tauro took 20 years to get its sand after the initial project was presented) so we don't expect anything to happen soon.

More in this category: « New Details About The Las Palmas Aquarium: It Sounds Spectacular Cable Car Proposed For Las Palmas City: Response Mixed »
Login to post comments
back to top

We have 451 guests and no members online