There Is No Oil On Gran Canaria's Beaches 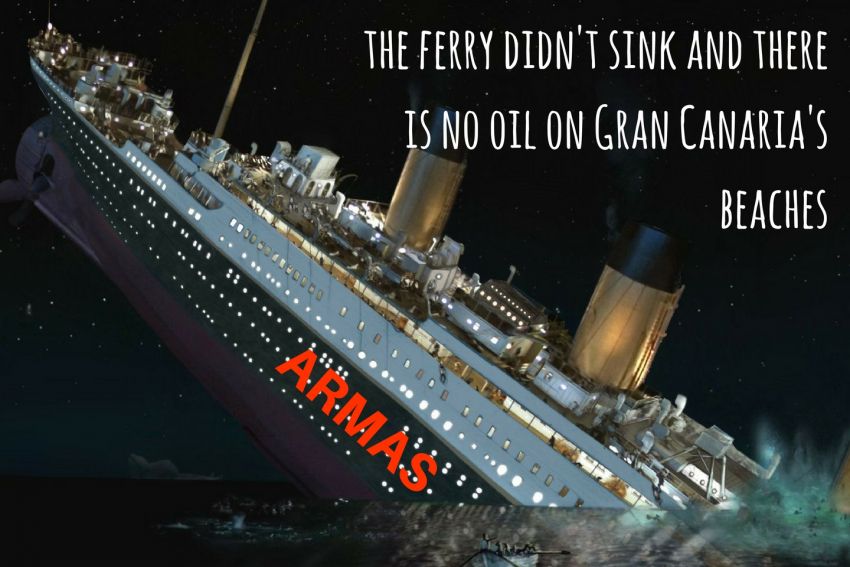 You've probably read that a passenger ferry crashed into the harbour wall in Las Palmas this week and that the accident caused an oil spill and closed beaches. Relax, the spill was minor and never came anywhere near ANY of Gran Canaria's beaches.

The ferry definitely crashed into the wall. It was just leaving Las Palmas on its way to Tenerife and suffered a complete electrical blackout halfway through its turn at the harbour mouth. Since the rudder is controlled electronically, the captain couldn't end the turn and the ferry continued on around and hit the wall.

Contrary to hysterical press reports, nobody was seriously hurt and the ferry electrics came back to life a few minutes later. It went back into port under engine (with a couple tugs on standby just in case the lights went off again).

Damage to the ferry was superficial but it caused a couple of million euros worth of damage to the harbour and broke a diesel oil pipe.

The diesel in the pipe flowed into the sea and spread out over the surface. The wind and currents took it south down the east coast towards Las Palmas' main desalination plant and local beaches. The plant and east coast beaches between Las Palmas and the airport were closed as a precaution.

Again, contrary to press reports (just picture the underpaid journo trying desperately to hype the story into enough clicks to earn a dollar) the 'oil spill' was minor and never came ashore: Diesel is a light form of fuel and evaporates quickly. By the time the surface slick had reached the east coast (it went past the desal. plant well offshore) it had evaporated and none of the diesel actually touched any beaches.

The spill has now gone completely and doesn't seem to have affected any of the local wildlife as patrols haven't found any injured seabirds, turtles or dolphins.

There was NEVER any chance of the diesel reaching south Gran Canaria's resort beaches.

We have 444 guests and no members online