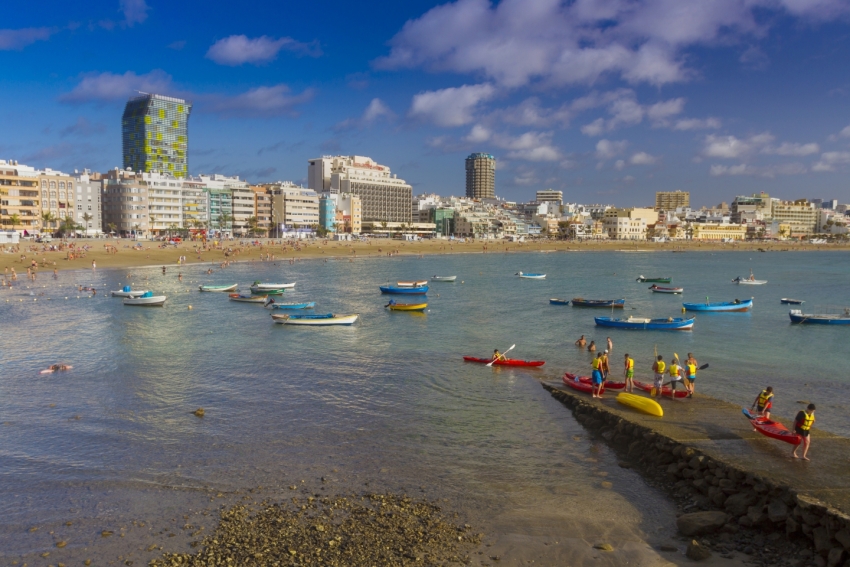 There's more to Las Palmas city than the Las Canteras beachfront, although it is pretty amazing. Here's a useful breakdown of all the most desirable Las Palmas property areas. 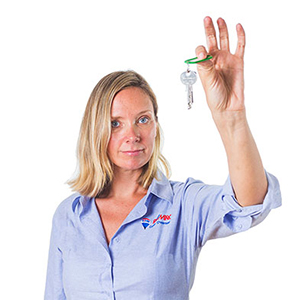 This Las Palmas property area guide is written by Laura Leyshon, our favourite resident Las Palmas estate agent and property expert. If you want any help with property in the city, contact her anytime. 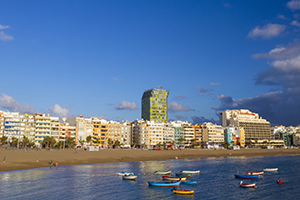 Prices in this zone start at over 3000 euros per square metre for an apartment with a terrace and sea views. If this seems like a lot of money, don't worry as prices drop fast as you move away from the front line. Even beach properties that are in front-line buildings but don't have the frontal views are priced lower.

Demand for front line property in Las Palmas is high so it's well worth keeping an eye on the market and having a reliable agent to spot beachfront properties when they come up. Most sell fast.

The beachfront by zone 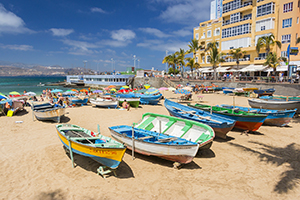 Las Canteras beach is so long that the beachfront is divided into zones. Starting at the northern tip, you have La Puntilla where all the fishing boats sit on the beach under the palm trees. Front line property here has spectacular views up the beach and gets sunshine all day long.

The main sweep of Las Canteras beach is called Playa Grande. It's one of the biggest property areas on Las Canteras beach with dozens of buildings overlooking the sand. This is the most popular area of the beachfront amongst foreign buyers in the city as it has all kinds of property with beach and sunset views.

Right in the middle of Las Canteras beach is the Playa Chica zone focused around a small half-moon patch of sand. This is a popular spot with visitors are the restaurants are right by the sand. It's another high-demand beachfront area with a good mix of properties. 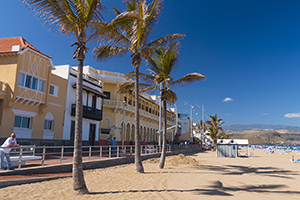 Further north is the La Peña area of  Las Canteras beach. This is named after the big rock that sticks out of the sea between the sand and the reef. Property here is a mix of small apartments with some larger flats at the top of the buildings. There are even some properties a block back from the beach with views out over the sea.

The southern, surfy section of the beach, called La Cicer, has a different feel to it as the reef disappears and the beach gets more waves. Beachfront property here is a mix of apartments and flats and there are some luxury buildings at the north end of La Cicer.

La Cicer is close to the huge Las Arenas shopping centre and the Auditorium. 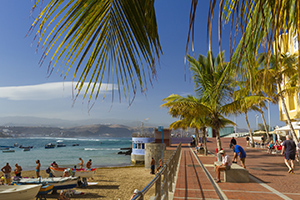 La Isleta is the northernmost barrio in Las Palmas and is mostly low-rise houses with some small buildings with apartments. It's a great place to look for Las Palmas property if you want a home with a roof terrace and central patio that is close to the prettiest part of the beach. La Isleta still has a local feel to it and meets the beach at La Puntilla.

La Isleta is a great area to look for value property close to the beach.

A vast area of coastal Las Palmas stretching from the north end of Las Canteras beach all the way to Mesa y Lopez in the centre. El Puerto has everything from skyscrapers like the Woermann building to single story houses close to the beach. It's a popular area for people who want a modern apartment within walking distance of Las Canteras and Santa Catalina square. 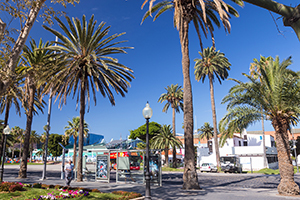 The area around Santa Catalina square. While it is within El Puerto, you often see it described as a separate zone in property adverts. It's mostly apartment blocks and there's always a range of properties for sale. Buyers must be aware that Santa Catalina is noisy during February because of the city's huge carnival celebration.

El Muelle shopping centre just by the square has plenty of shops and a big supermarket. 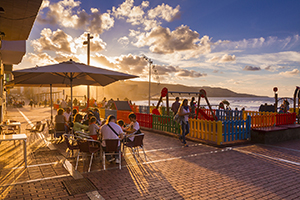 This barrio blends into El Puerto at the southern end of Playa Chica and stretches south all the way to the end of the beach. It's a mix of apartment buildings and terraced houses and most of the buildings are older. Guanarteme is the up-and-coming property area on the beachfront and was the area where property developers built new apartment blocks before the crisis. Because of the mix of new and old, property in Guanarteme is a mixed bag of quality standards and it pays to have a good look at a range of properties in the area.

A great area to look for large flats in a central location in Las Palmas. Mesa y Lopez street is the area's main shopping zone and has plenty of cafes and restaurants. You're within walking distance of Las Canteras and Alcaravaneras beach as well as the marina and the Auditorium. You get more for your money here than on the frontline and you are right in the thick of the city. 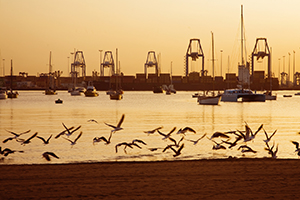 Named after the small, sandy beach on the east side of the city, Alcaravaneras is the place to look for good value in Las Palmas. It's a bit of a walk to Las Canteras but you are right by the main market and close to shops and lots of restaurants. Alcaravenras is a mix of apartment blocks and two or three storey houses.

Away from the beach and El Puerto, these Las Palmas property areas are also popular amongst foreign buyers. 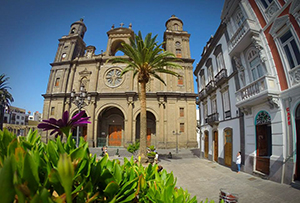 Old Town Las Palmas is a long way from the modern, bustling port district. Vegueta is largely unchanged since the 16th Century and has some superb colonial mansions and homes with central courtyards and roof terraces. Some have even been converted into modern apartments. Next door Triana dates to the 19th and early 20th Century and has lots of properties converted into flats but preserving the original high ceilings and features. While Vegueta is a popular tourist attraction most visit in the morning. Triana is still a thriving shopping district and has been voted Spain's top outdoor shopping area.

Both areas are a short bus ride away from the Port and Las Canteras beach.

The Garden City is Las Palmas' poshest barrio and is mostly large houses with gardens although some have been converted into flats and there are a few condominiums.  It's just south of Alcaravaneras and is conveniently located in the centre of the city, the port and the road to the airport.

The highrise blocks along the east side of the city are popular with foreign buyers in Las Palmas because they contain large, open plan apartments and have spectacular views of the port and the sunrise. Most buildings have private underground parking and this zone is excellent if you work in the port or need to get to the airport regularly.

These are the Las Palmas equivalent of suburbia, although most of the properties are in modern apartment blocks rather than cul-de-sacs. Both areas are less than 20 years old and many buildings have amenities like gardens, gyms and swimming pools. There are plenty of shops and places to eat in both areas, although you are a bus or car ride away from the beach.

She's the person to talk to if you want to buy, sell or rent property in Las Palmas or in the surrounding areas.

Laura Leyshon is Las Palmas' resident property expert. She works with one of the city's top estate agencies and is always available to help property buyers and sellers in the city.

More in this category: Gran Canaria Property: Essential Info About Buying In Las Palmas »
Login to post comments
back to top

We have 304 guests and no members online