Snow In The Gran Canaria Mountains In February 2016 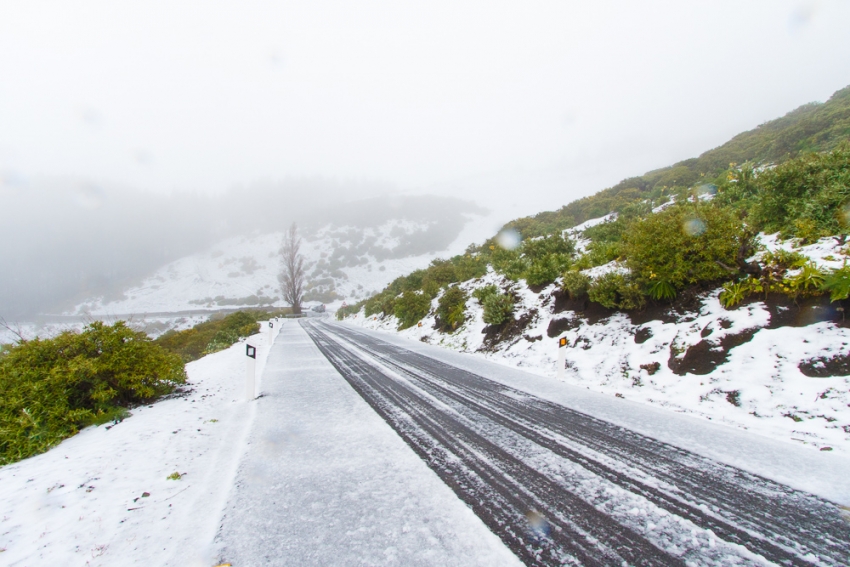 LIVE REPORT FEBRUARY 19, 2016: It's snowing at the top of Gran Canaria today so we had to go up and get some photos.

The snow started to fall yesterday afternoon and continued through the night. It's still falling today and it may even snow a little tomorrow. It's at times like this when the old cliche about Gran Canaria being a 'miniature continent' are really true.

Lex Says: It's at times like this when the old cliche about Gran Canaria being a 'miniature continent' are nearly true; Unlike real continents, the snow only falls high up in the mountains. 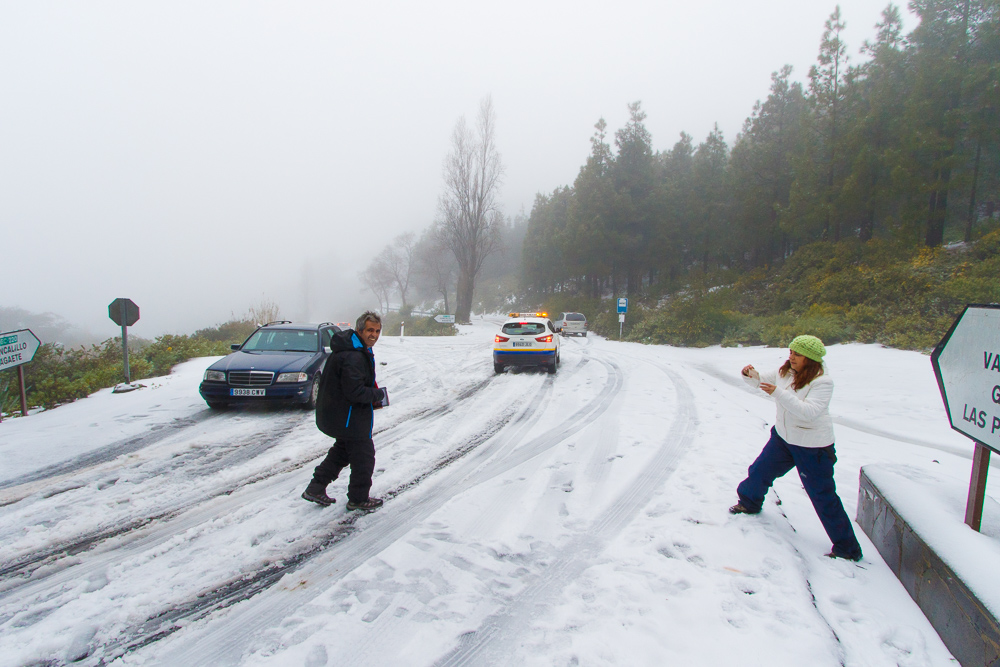 It snows far more often than most people realise in the Gran Canaria highlands although people in the warm south of the island often don't even notice. Normally the snow falls above 1700 metres but it can settle at as low as 1000 metres above sea level.

It snowed heavily in Gran Canaria in 2014 and there was a dusting of the white stuff right at the top in 2015. In February 2016 (now), there is a good covering of snow all over the highlands from 900 metres above sea level. We even saw traces of snow as low as 600 metres on the road up from Galdar to Artenara. 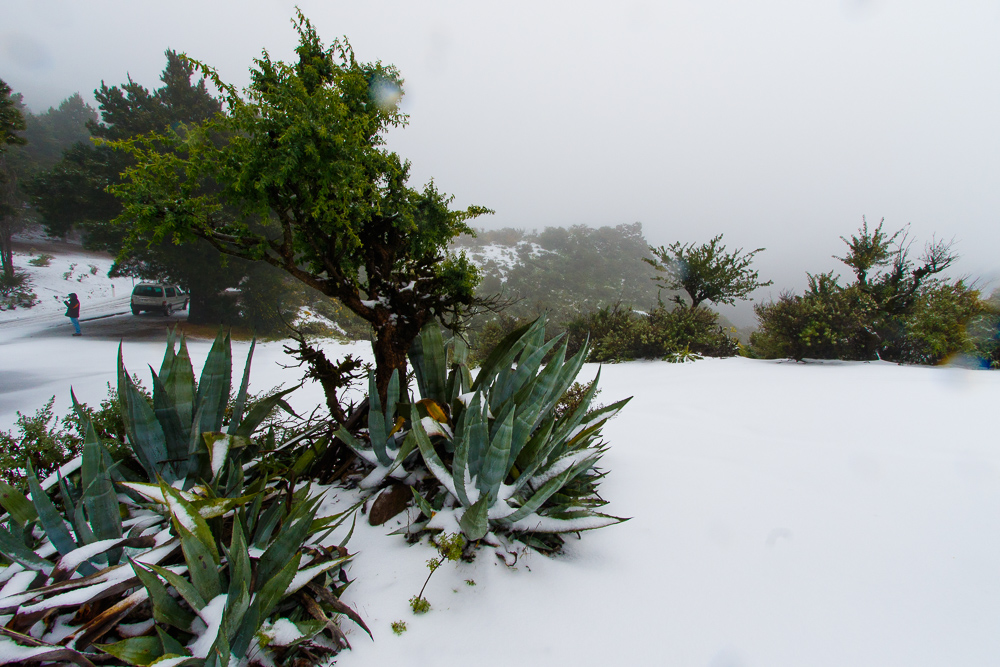 However, just because it's freezing at the top of Gran Canaria doesn't mean that the whole island is cold. Here's a picture of Playa del Inglés taken at the exact same time as the snowy pictures in this article. 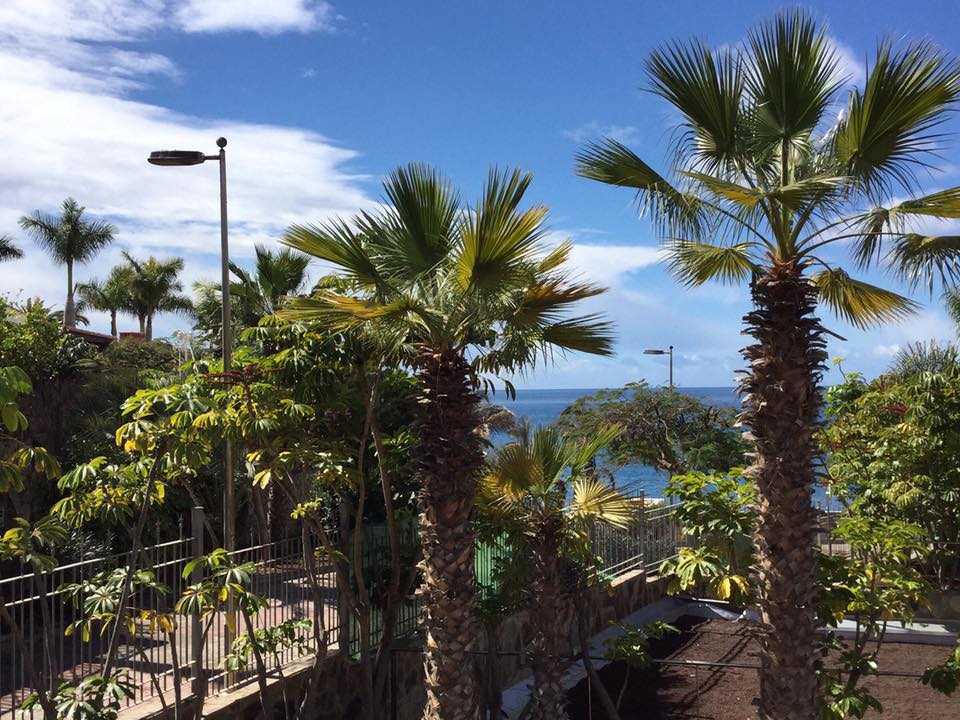 Snow in Gran Canaria doesn't last long because the cold air that allows it to settle blows over fast and the sun melts it away. This causes its own problems as lots of locals get excited and drive up into the mountains to throw a snowball.

Between traffic jams, cold conditions and slippery roads, the top of the island can be utter chaos. Lots of people leave their cars by the roadside and walk up to the snowline while others are stuck in queues for so long that it's all melted by the time they reach the top.

If you're in Gran Canaria and want to go up and see the snow we advise you to wait until it stops snowing and raining; The top of the island is currently closed off to prevent accidents; We had to stop to help a car that had slipped off the road on the way up to get the photos in this article.

The snow will be around today and tomorrow but will melt fast after that as the weather goes back to normal. If you do go up to see it (once it's safe and the roads are open) please post a photo on our Facebook Group.

For the latest weather report from (normally) sunny Gran Canaria, visit our weather pages. Things will get better from Sunday onwards.

We have 391 guests and no members online