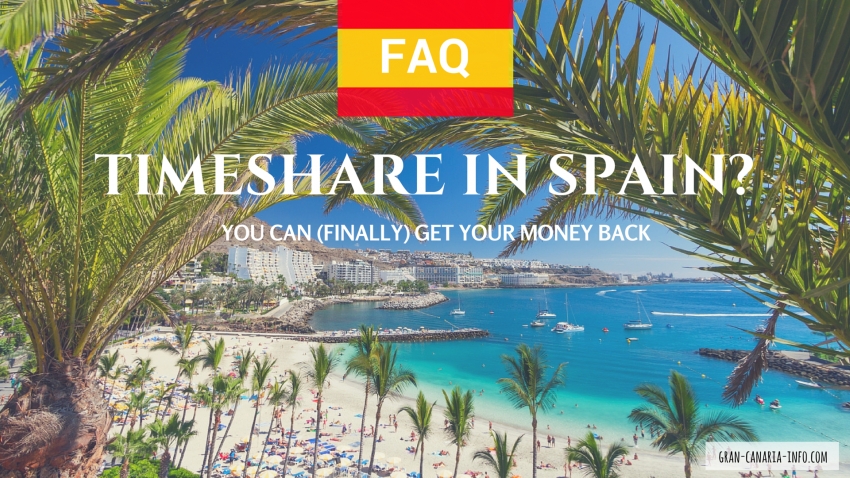 Timeshare owners in Spain with illegal contracts can finally get them annulled and their money returned. Here's the story and why this time, it's the real deal.

Is Spanish timeshare law as confusing as it seems?

And because Spanish law is Constitutional, new laws have to be tested in court before they are fully understood.

This is why it's taken since 1998 for the implications of the timeshare law to become clear.

Lawyers first had to test it in local and provincial courts, then take it to the Spanish Supreme Court. However, once the Supreme Court rules, its decision is final.

And the Spanish Suprme Court has now ruled on several elements of timeshare law.

What did the Supreme Court decide?

Despite all the arguments from armies of timeshare company lawyers, the Supreme Court upheld the law as it was written in 1998.

So far it has confirmed that the following are illegal in timeshare contracts. So illegal, that any contract that contains them is null and void.

Other elements of the timeshare law are on their way to the Supreme Court. For example, the 1998 law states that any timeshare contract signed in Spain containing the word “ownership or property (propiedad)” is null and void. If the Supreme Court agrees, a whole new batch of contracts will be officially illegal.

What do the Supreme Court rulings mean to timeshare owners?

It means that for the first time, timeshare owners with illegal Spanish contracts have a clear path to get their contracts annulled and their money back.

The Supreme Court decided that any timeshare contract signed in Spain after January 4, 1999, that contains floating weeks or an undefined time period is illegal and void.

If a contract is void, then all the money paid must be returned.

With deposits, there's an extra twist. The 1998 law stated that timeshare companies have to give back double any amount they took as a deposit or payment made within 14 days (or three months if there's anything else wrong with the contract).

Some timeshare owners that paid big deposits are entitled to much more money than they actually paid for their timeshare.

Is this really true, or is it yet another timeshare scam?

We know, you've heard it all before.

But for the first time, this is the real deal.

Supreme Court judgements in Spain are final and the timeshare companies can't appeal.

If a Spanish court declares a timeshare contract illegal and void, the company has to accept the judgement and pay back the money.

If they don't, the courts can freeze their assets to recover it.

Has anyone actually got their money back yet?

Yes! The first case to reach the Supreme Court was in 2015 when a Norwegian woman got her Anfi contract annulled because it was in perpetuity. She has now been paid back in full.

In Gran Canaria, timeshare owners are now getting contracts annulled almost every week and money is going into their bank accounts.

Don't believe us? See this report in the local press, dated October 2016.

Do timeshare owners have to go to the Supreme Court?

No, once the highest court in Spain rules, all lower courts simply apply their ruling.

So local and regional courts in Spain are now equipped to declare illegal contracts void and order the timeshare companies to give back all the money they took. The courts don't have to think about each case, just confirm that the contract contains an illegal clause and apply the law.

And that's exactly what they are doing.

What about contracts signed before January 4, 1999?

Unfortunately, timeshare was governed by consumer law in Spain until January 4, 1999. Contracts that predate the law are much harder to challenge in court.

I think my timeshare contract is illegal. What do I do?

You don't have to do anything. Lots of timeshare owners are happy with the service they receive and don't want their contract annulled.

But if your contract is illegal and you want it annulled, you need a good lawyer with a firm grasp of Spanish timeshare law and how the Spanish courts work.

Won't any Spanish lawyer do?

Any Spanish lawyer can now go to a court and ask it to declare your contract void.

However, while timeshare companies can't argue with the Supreme Court judgements, but they can delay or wriggle out of cases using technicalities.

Spanish court procedures are Byzantine and it only takes a missing paper or a missing translation to delay a case by months.

So if you get a lawyer, get a good one who knows how to win timeshare cases.

How do I find a good Spanish timeshare lawyer?

This is where our Gran Canaria bias kicks in.

Timeshare law is the same all over Spain, but it was a Gran Canaria law firm that led the charge against illegal timeshare contracts.

It was the same Gran Canaria firm that first got a case in front of the Supreme Court. And won!

And it was the same firm that first got a timeshare company to pay up.

It's now winning cases in the Spanish courts every almost every week.

It's called the Canarian Legal Alliance and it's Spain's leading timeshare law firm.

It's not often that Gran Canaria gets to lead the way, but CLA lawyers spent almost 10 years fighting the timeshare companies right through the Spanish court system.

They now have over 800 cases in court or heading to court and are winning cases almost every week. Not just in Gran Canaria, but all over the Canary Islands and Mainland Spain.

Right now, they are your best bet at getting out of your Spanish timeshare contract and getting your money back.

Contact the Canarian Legal Alliance today and you'll know within 24-hours whether you have a case.

We have 2686 guests and no members online