Covid, Migration, Masks, etc: The GCI Position On All Of It 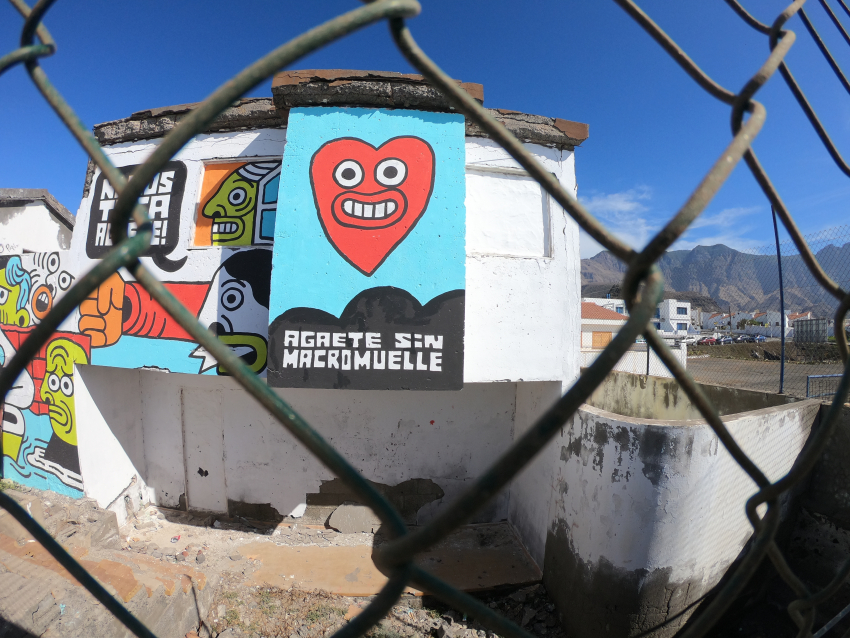 This is a personal message from Lex and Alex at Gran Canaria Info.

It has been a loooong year since the first lockdown and the collapse of tourism here in the Canary Islands. During this period we have done our best to provide accurate and useful information about a wide range of subjects; travel restrictions, Covid rules, mask use, migrants, more migrants, etc. We feel like we have done a good job overall and we hope the majority of you do too.

However, we also know that we have, at different times, annoyed a lot of people. Many of them haven't been shy about telling exactly why and most of the time we appreciated the communication and honesty. We did remove a small number of people from the group and from the page for consistently being rude to us and/ or other members, and for sharing fringe beliefs such as "Covid doesn't exist", "you are all sheeple", "the chemtrails did it", "migrants should be thrown in the sea", etc. Life is just too short!

Back during the first lockdown we warned that Covid was going to take at least a year to sort out (based on official government estimates and the scienfitic consensus on vaccine development) and were heavily criticised for being negative. Unfortunately, we were right and even now in April of 2021, tourism is still at very low levels and even the optimists don't expect summer numbers to be above 50% of pre-Covid figures.

We also covered the ever-changing mask, distancing and travel rules imposed by the Canary Islands, Spain and other countries in as much detail as we could. We were shouted at for encouraging people to follow "the stupid rules" and shouted at for not being strident enough about getting people to follow them. We have been frustrated at times by the many rule changes and by the need to wear masks at all times outdoors. However, we have also seen that there has been very little conflict here between the people and the police because of the simple mask rules.

We also got the standard Brexit outrage from people at both ends of the argument. We were either too pro-Europe or too anti-Britain, or too pro-Britain and anti-Europe. For the record, as foreign residents living in Spain, we believe that  the EU is a good idea despite its flaws.

As for vaccines, we are in favour. We plan to be in the queue for ours with a bag of ice and a bottle of rum as soon as possible (even Lex, who very likely had Covid back in February 2020). Not everyone agrees with us about this either.

We have allowed plenty of debate in the Gran Canaria Info group but it really isn't the place for endless arguments so we have also deleted a lot of posts.

It is our deeply-held belief that there is no grown-up or friendly way of calling us or anyone else in the group "sheeple".

Then the migrants hit the headlines and all hell broke loose...

Gran Canaria and the 'migrant crisis' of 2020

Migrants have arrived on Gran Canaria's shores in small boats for 25 years but they only became a story in 2020 due to Covid and messy Spanish politics.

Our position was and still is that the people arriving in Gran Canaria should be treated with dignity and allowed to continue on their journey as soon as possible. Almost all of them come with the dream of working to provide for their families back at home. None of the migrants arriving in the Canary Islands want to stay here. They all have a destination in mind somewhere in mainland Europe.  Many have borrowed money from family and friends to get to the islands and feel huge pressure to move on and start earning.

To give a bit of context to this, here is a single statistic; those lucky enough to work in one of Senegal's fish processing factories make the equivalent of one dollar per day.

Whatever your politics and beliefs about migration, the migrant's interests and the interests of the Canary Islands are pretty much the same. It is in all of our best interests for them to be allowed to continue to migrate from the Islands to mainland Spain and Europe. Why? Because as we saw this autumn, the Canary Islands do not have, and shouldn't need to have, the facilities to house thousands of people. Spain and Europe both have agreements in place to process and house migrants. and while Covid did make things harder, the only reason these agreements didn't work was due to politics. As one Spanish minister said, the Canary Islands were used "like a cork in the bottle" to stop migrants reaching Spain.

To us, this idea that treating people badly stops them dreaming is absurd.

Almost all migrants have now been moved out of Gran Canaria's resorts and there isn't any reason why the islands will need to house migrants in resort areas again. Even at the peak of the wave almost all the migrants housed in resort areas behaved well despite the lurid press reports in Europe's tabloid press.

That said, we do aknowledge that many people living in areas like Puerto Rico experienced serious disruption from migrants housed in empty complexes. There were serious crimes, including a rape, committed by migrants and the noise and disturbance in some areas was considerable and constant.

We make no apology for our position about the migrants. The fact that the islands have handled the migrants with dignity and respect is to our credit. We believe that the vast majority of people who want to come back to Gran Canaria will understand that the islands dealt with a difficult situation pretty well.

We hope to see you all on the beach again very soon.

We have 2221 guests and no members online