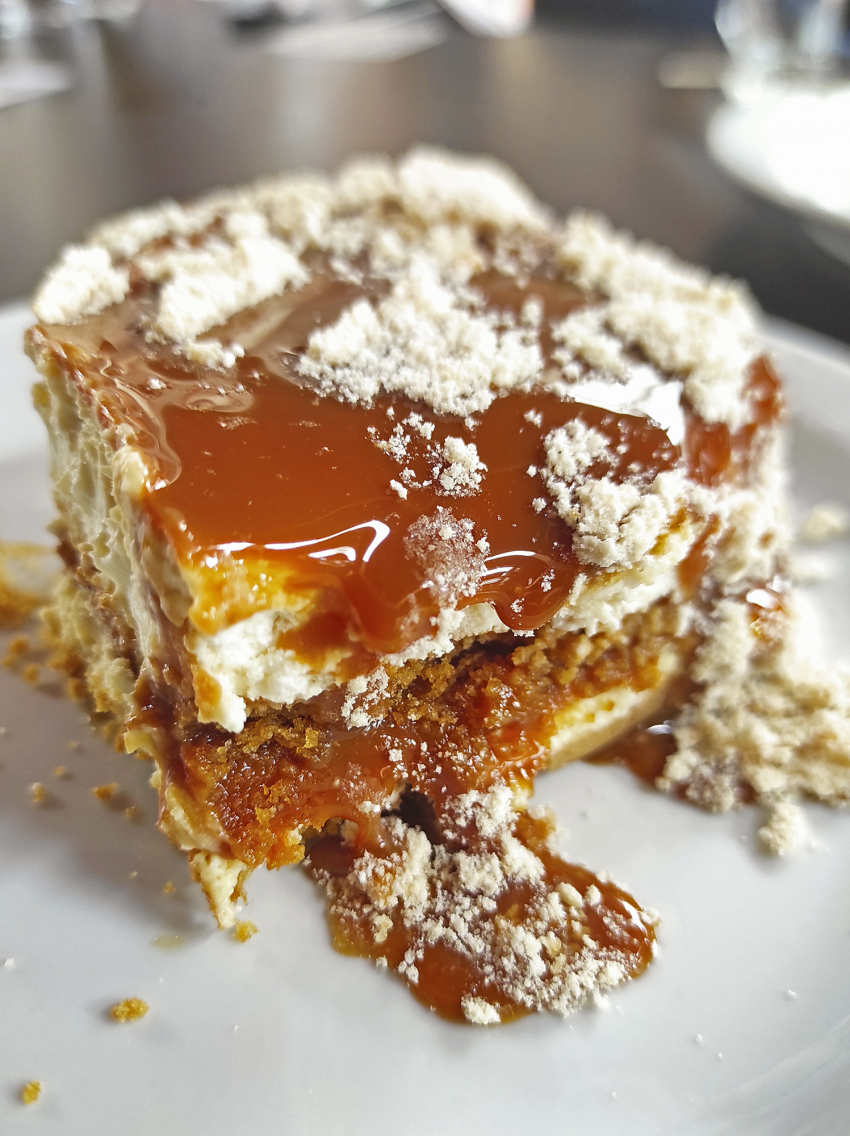 Gran Canaria's unique dessert, the Polvito Uruguayo, is on most dessert menus in Las Palmas and is now even served in some resort restaurants.

The history of the polvito uruguayo

Despite the name, it was invented in Las Palmas at the El Novillo Precoz restaurant by the Uruguayan owners. The restaurant is still there and still one of the best meat restaurants in Gran Canaria. If you stay in Las Palmas you really should go there and let the experienced waiters tell you what meat is best for you (they always know).

The polvito at El Novillo is a very light pudding made from layers of whipped cream, dulce de leche, biscuit crumbs, ground almond and crushed meringue. It is deliberately light because who wants a big stodgy pudding after eating a good steak?

From its origins on Calle Olof Palme the polvito has now become the one of the Gran Canaria dessert trinity along with flan de la casa and mousse de gofio.

The best polvito in Gran Canaria (so far)

To find the best polvito, head from one Las Palmas classic to another; the Bodega Extremeña right by the beach on Calle Franchy Roca. This small and resolutely traditional restaurant serves up some of the best Spanish food in Las Palmas from quality ham and cheese to tasty tortillas.

Try the range of slow-cooked meats served with mashed potato so tasty that you can eat all on its own that is the highlight of the menu. And of course, the polvito!

At Bodega Extremeña it is deeper and more substantial than the original and skips the almonds. However, it is still light enough to eat after a heavy dose of meat and mash.

If you try it and know of a better one, please let us know where to go...

We have 1822 guests and no members online