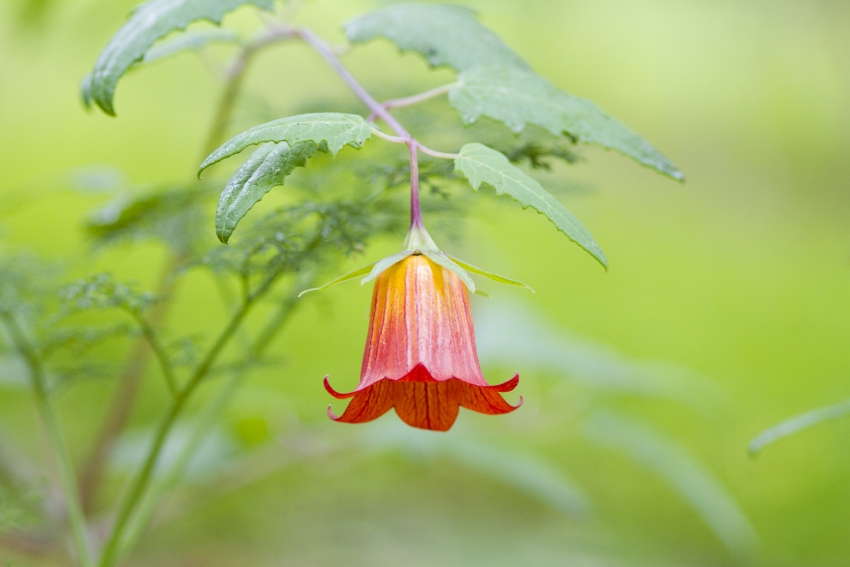 The beautiful Canarian bellflower survives in Gran Canaria despite the disappearance of it's original laurel forest habitat.

Known to the locals as the Bicácaro, the Canary bellflower (Canarina canariensis) is one of the best known Canary Islands plants and has been adopted by Gran Canaria's ecology groups as an environmental conservation symbol.

This is because it's a survivor; The bellflower used to grow in the island's laurel forests but 99% of them were cut down. Today, it grows in the remaining laurel forest enclaves, such as the Tilos de Moya and Osorio, and still survives in shaded valleys in many areas where the forests were destroyed.

The beautiful bell flowers appear on vine-like stems in early spring and are flowed by orange-coloured edible succulent fruits. The plants then wither and pass the summer heat as dormant, underground tubers.

The bellflower is often cultivated as a garden or pot plant and is grown at the Viera y Clavijo Botanical Garden where we can see it on wall of the exhibition centre. It has its only two close relatives in East Africa and also lives in Tenerife, La Gomera and El Hierro.

Gran Canaria's laurel forests are slowly being replanted so one day, the beautiful bellflower will have its home back.

Alex says: While bellflower fruits are edible they don't taste of much so they are best left alone; We want as many seeds as ossible to grow into new plants.

We have 3877 guests and no members online