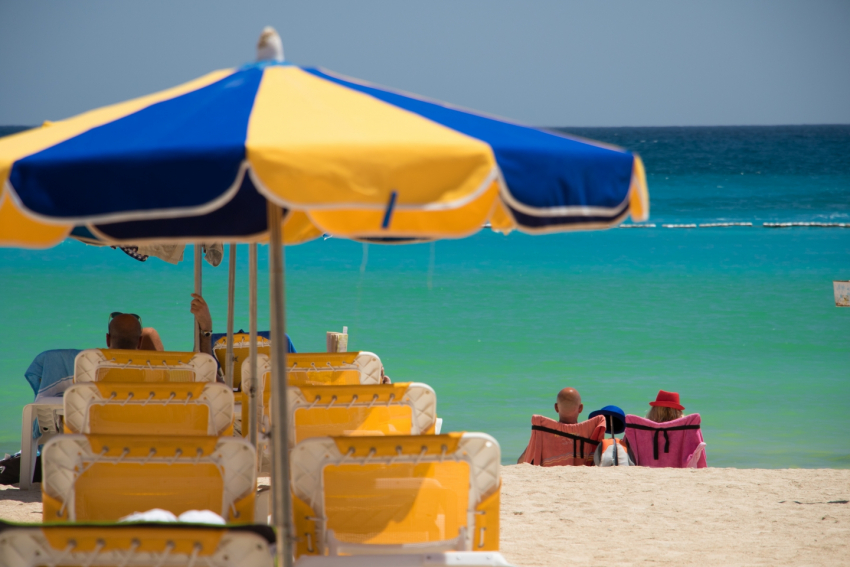 There's been a lot of reports in the press about new rules on Spain's beaches so here's a summary of what you can and can't do on the sand in Gran Canaria.

While nudism is technically legal on all beaches in Spain because the Spanish Constitution states clearly that being naked isn't offensive, local rules apply in Gran Canaria. Nudism is allowed on all remote and quiet beaches, but not really tolerated on busy beaches.

Here's a list of the top nudist beaches in Gran Canaria.

As there are so many places around the coast where nudism is allowed, the authorities tend to ask naked people to cover up if they are on a crowded beach. You are legally required to carry photo ID at all times in Spain so the police can ask you to leave the beach if you don't have it.

Going topless is fine on all of Gran Canaria's beaches.

Can you smoke on Gran Canaria's beaches?

Smoking is allowed on all of Gran Canaria's beaches. However, the Mogan municipality recently brought in small smoking areas (25% of the area of each beach) on all its main beaches. These include Playa de Mogán, Anfi, Puerto Rico, Amadores, and Las Marañuelas in Arguineguin.

Smoking outside the designated areas on Mogan's beaches can result in a €450 fine, as can dropping butts on the sand inside the smoking areas. Nobody is sure if the rules cover e-cigarettes.

Unless a beach is closed due to big waves or health and safety reasons, you can swim at all of Gran Canaria's beaches. However, you aren't allowed to swim outside of designated swimming areas without a dive buoy. This is so that boats and jet skis can see you in the water.

If you are swimming way offshore or anywhere where there are lots of boats, towing a buoy is always a good idea.

You can be fined up to €1500 for swimming when there is a red flag flying at any of Gran Canaria's main beaches.

Some big Gran Canaria beaches, like Las Canteras, have designated beach sport zones (it's the north end of Las Canteras). Others have signs up that show you what you are allowed to do. The busy resort beaches tend to ban football, racquet sports, etc.

However, unless you are kicking a football around on a busy day and disturbing others, nobody enforces the rules. If someone gets too boisterous, the lifeguard comes over and asks them to calm down. The police only get involved in serious cases.

Dogs are only allowed on three Gran Canaria beaches; Playa de Bocabarranco in the north east, and Los Tres Peos and El Cuervito on the east cost beaches in Agüimes. Dogs are banned from all other beaches at all times of day. The local authorities have started to crack down on people who take their dogs to quiet beaches such as Playa de Las Mujeres next to Pasito Blanco.

If you are on a nudist beach, you can swim naked. If not, then you're not supposed to strip off. However, nobody is going to complain if you do for a discreet late night swim and leaves your shorts on the shore. Except in Mogan, which has banned night swimming at all its beaches.

If you plan to get carried away after your cheeky swim, remember that sex in public places in Gran Canaria is illegal if you can be seen from a public place or highway; hiding under a sun lounger doesn't count.

What else is banned on Gran Canaria's beaches?

Loud music and antisocial behaviour are not specifically banned but the police can use public order rules to fine rowdy people. Peeing on the beach is, obviously, not allowed. Just swim way out into the sea (really, that's fine) or find a toilet.

Telde has banned glass bottles and food containers from its beaches.

You are not allowed to use soap or shampoo at public beach showers because the chemicals in them are harmful to marine life.

Local regulations ban fishing within 150 metres of all the beaches in San Bartolomé de Tirajana (from El Pajar to Bahia Feliz). However, it is tolerated at Maspalomas and Playa del Inglés beach once all the sunbathers have gone home. Fishing is also banned close to most other Gran Canaria beaches as well as inside harbours and marinas. Las Canteras beach in Las Palmas is a reserve and taking anything from the beach, even shells, is banned.

If you want to fish anywhere from the shore in Gran Canaria, you are meant to have a local fishing license. Locals have been fined, but tourists tend to get away with a warning.

We have 3641 guests and no members online