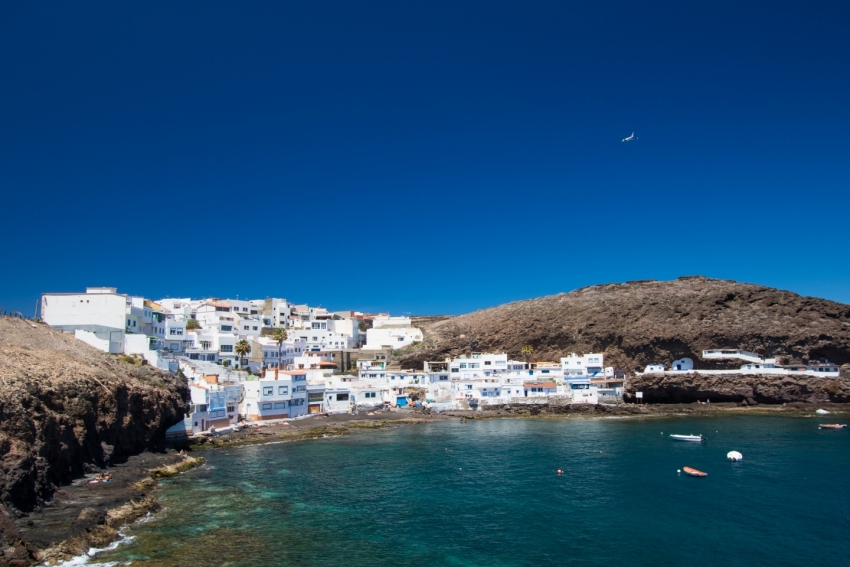 Tufia hamlet is famous for it's existential battle against the Spanish government. Its beach, tiny as it is, is the headquarters of resistance.

Little more than a cluster of whitewashed houses by the sea, Tufia is far more shabby than chic and only has a chiringuito bar during the summer. However, it's become a battleground between the Spanish government and residents.

Built without permission in the 1960s in an area that is now a nature reserve, almost all of Tufia's 90 houses are scheduled for demolition. The locals are fighting to protect their seaside homes and have even arranged international art festivals to publicise their fight. It'll take a brave politician to send in the bulldozers as Tufia is a cause celebré amongst Gran Canaria's alternative crowd.

Alex Says: Tufia has now been spared although the front row of houses will have to be moved. Read that story here.

Tufia's history goes back a lot further than the Sixties. Up on the bluff above the modern hamlet is a Canarii lookout point / fort dating back to pre-Hispanic days. The Tufia headland was strategic as it gave the Canarii the best view of the whole east coast in the days of slave raiding and conquests.

Tufia beach is a scrap of volcanic sand that's mostly underwater at high tide.  However, it's sheltered by east coast standards and is a charming place for a picnic (bring everything because you never know when the chiringuito man will open). The snorkelling just offshore is amongst the best in Gran Canaria.

Get to Tufia by taking the El Goro turnoff on the GC1 motorway and following the road through the dunes to the coast. Park at the top of the hamlet and walk down through the houses (you can't get lost) to the beach. Or walk north and down to Aguadulce beach; it's the east coat's prettiest but is almost always too windy to use.

Instead of facilities, Tufia has oodles of free charm.

We have 4291 guests and no members online