Gran Canaria Drinks Rum Like It Invented The Stuff: It Probably Did 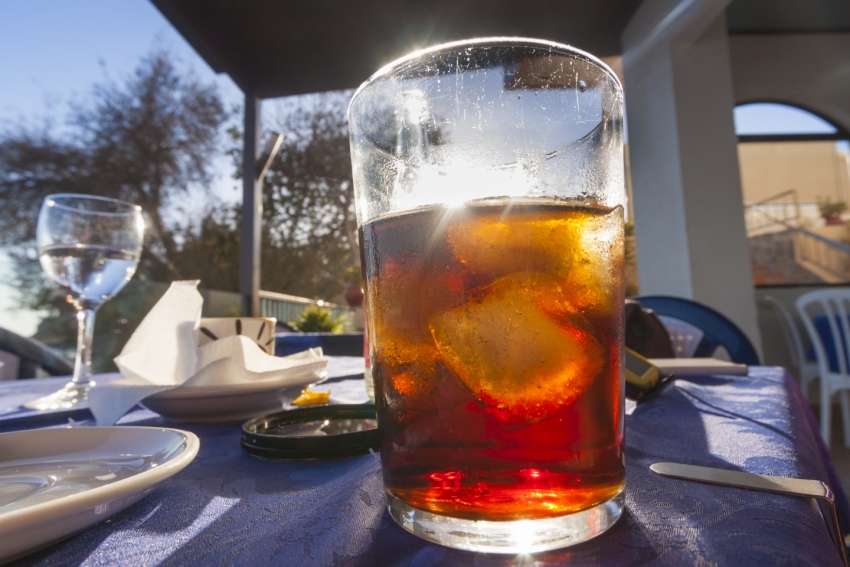 Gran Canaria rum has a long history and a great taste www.photosgrancanaria.com

Everyone thinks rum was invented in the Caribbean, but there's a good chance it was made in Gran Canaria before Columbus even took sugar cane to the Americas.

Gran Canaria had vast sugar plantations over 50 years before the first commercial plantations in Brazil and the Caribbean. In fact, the plantation system of sugar cane plantation was exported from the Canaries and Madeira to the New World.

Since distillation was well known at this time, and the molasses by-product of sugar production is the perfect raw material, we're pretty convinced that Canarians were making rum long before anybody else.

A brief history of sugar

Sugar cane is originally from South East Asia and seems to have been cultivated in New Guinea as early as 6000 BC. The first sugar crystal manufacture seems to have been in India, and by the 8th Century AD it was grown by the Arabs in Andalusia and North Africa.

By the time Columbus took sugar cane to the Americas on his second journey across the Atlantic in 1493, sugar cane cultivation was already well established in the Canary Islands (and especially north Gran Canaria) and the Portuguese island of Madeira just to the north.

There was a big sugar cane press in the Agaete Valley by 1490, before the Americas were even discovered, and the earliest recorded sugar cane in Madeira was back in 1425. Gran Canaria remained a huge producer of sugar cane until the 18th Century when Caribbean and Brazilian imports took over and the industry declined.

Gran Canaria towns such as Arucas and Agaete owe their existence to sugar cane farming, although there is very little grown on the island today. There are plantations at Bañaderos along the north coast and their crop is pressed and served as fresh cane juice and as cane juice mojitos in local fairs and markets.

Fresh cane juice, served with lemon juice, ice and fruit-infused rum, is greenish in colour and very sweet. It makes a refreshing drink and an even better mojito. With it's long local history and great taste, we think cane juice and cocktails should be served everywhere in Gran Canaria and we always do our bit to encourage consumption.

The Arehucas rum factory at Arucas town is the oldest rum distillery in Europe and has been producing rum from molasses since 1884. It now makes so much rum that it imports the raw materials, as do other Gran Canaria distilleries such as Artemi and Telde. Even though the raw materials come from abroad, the rum they produce is made in Gran Canaria, aged in barrels here and tastes great.

However, there is another rum distillery with Gran Canaria roots that still makes its rum from Canarian-grown ingredients.

In 1936, Don Manuel Quevedo Alemán opened the Ron La Aldea distillery in La Aldea de San Nicolas in west Gran Canaria and started making rum from cane grown in the area. He used fresh cane juice rather than molasses to make his rum. Unfortunately, by the late 1950s sugar cane was being replaced by tomatoes as the main crop in La Aldea and the distillery closed down in 1960.

But the story doesn't end there. Don Manuel's family moved to La Palma island where sugar cane was and is still grown, and they took the La Aldea brand and still with them. The distillery still makes rum from fresh cane juice to this day and you buy La Aldea rum in good supermarkets all over Gran Canaria.

If you drive the GC-200 road along Gran Canaria's west coast, look out for the ruins of the original La Aldea rum distillery close to the shore at La Aldea town.

Alex says: Rum made from fresh-cane juice has a lighter, fresher flavour than rum made from molasses.

Ron miel is a traditional Canarian liqueur invented in the Canary Islands. It's now the most popular after dinner drink on the island and is exported all over Europe.

Canarian ron miel is protected by a European designation of origin meaning that it can only contain traditional ingredients and has to be made on the islands.

We have 2425 guests and no members online