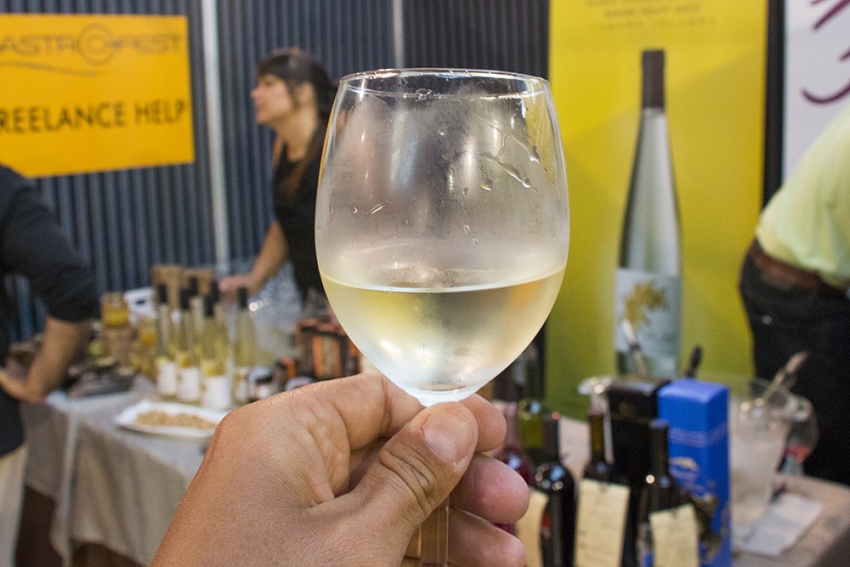 When we found Platé banana wine, we just had to try it. What could be more Canarian than wine made from bananas?

There's an urban legend that a German winemaker once spent years in Gran Canaria perfecting a technique for making champagne out of bananas. Everything went to plan until he put the bottles into the cellar to mature. There was so much sugar in the bananas, however, that the gas built up and all his bottles exploded. It was a messy end to a good idea.

Now the idea is back but without the bubbles.

Platé uses bananas rather than grapes but is made exactly like a wine with yeast fermentation followed by filtering and bottling. A different world from the lurid and chemical banana liqueurs that still fester away on souvenir shop shelves.

The makers of Platé banana wine have done as much as possible to dissociate their product from banana liqueur. So, instead of a bunch-of-bananas-shaped bottle and yellow food dye, you get a pale-yellow wine in an elegant bottle.

Platé tastes like a semi-sweet wine with a faint but natural flavour of banana. It's mild and perfectly drinkable; try it well-chilled as an aperitif, pair it with mild fish and salad dishes, or drink with dessert.
Plate sells for around 8.50 euros per bottle in large souvenir shops and some supermarkets.
You can order online via the website.
Published in Wine
Tweet
Published in Wine
Tagged under
back to top

We have 2384 guests and no members online