10 Things That Are Illegal In Gran Canaria 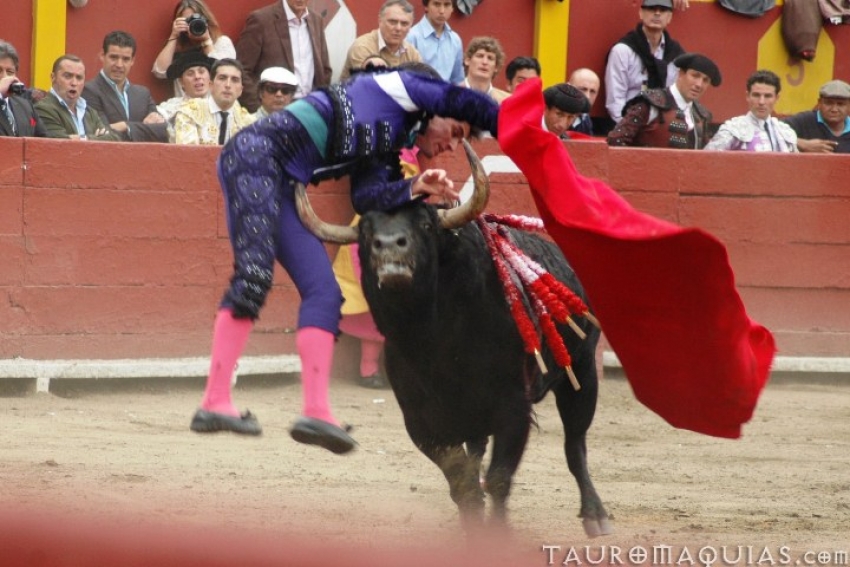 Bullfighting is illegal in the Canary Islands Vladimir Terán Altamirano

Even in Gran Canaria, you can't get a suntan in prison so here's how to stay on the right side of the law during your visit.

Lots of people do it in Gran Canaria but it's technically illegal to drive in a way that impedes the driver's freedom of movement or field of vision. The police can fine you up to €200 for wearing flip flops as they are considered to impede the free movement of the driver's feet while operating the pedals.

Driving barefoot is forbidden as well.

Applying makeup, eating, drinking and using a mobile phone impede vision and are also punishable by a fine.

Needless to say, it's also against the law to drive while drunk and while under the influence of drugs (the Spanish police can now test for this).

Bullfighting was banned in the Canary Islands in 1991 although there had been no bullfights on the islands since the 1970s. Dog fighting and the abominable practice of shooting young pigeons fired from a canon (tiro al pichón) were also banned.

Gran Canaria's giant lizards, the largest true lizards in the world, are a protected species as they unique to the island and you aren't allowed to touch or catch them.

You won't get in trouble for shooing one out of your bungalow, or rescuing one from a stray cat, but here's a list of four reasons why pestering them can be a painful and messy mistake.

Drinking on the street

At local fiestas everybody breaks the law by taking out bottles of rum and bags of ice and indulging in botellón; Basically standing around in the street with your friends and drinking,

Botellón is technically illegal, but the Gran Canaria police only enforce the law to break up rowdy street parties. If they picked up everyone with a cubata in the hands during carnival, the whole island would be in jail.

Sleeping on the beach

You can't camp legally on any beach in Gran Canaria; The nearest you get are campsites close to Vargas beach on the east coast and Tauro in the south.

Lots of locals ignore the rule during the easter and summer holidays but the police have cracked down and fined lots of campers in recent years; Even at remote beaches such as GüiGui.

That said, lots of people do camp at remote coastal spots in Gran Canaria without any trouble. Just remember to check the wave forecast, take plenty of water and carry your rubbish away with you.

Swimming at night in Mogan

The Mogán municipality brought in a series of new rules for its beaches a few years ago. They make it illegal to swim at night and also divided all the area's main beaches (including Mogán, Amadores, Puerto Rico and Taurito) into smoking and non-smoking zones.

We've never heard of the no-night-swimming rule being enforced.

The Maspalomas lagoon is in a protected reserve and is home to rare species of plants and birds.

Taking your dog to the beach

Dogs are not allowed on Gran Canaria's beaches with the exceptions of Bocabarranco in Jinamar and two tiny beaches in Agüimes called Los Tres Peos and El Cuervito.

Locals also take their dogs to several of the island's larger remote beaches including Guayedra, Pasito Bea and GüiGüi.

Camping in the forest

Gran Canaria's pine forests have a habit of catching fire and are home to critically endangered creatures such as the blue chaffinch so you can only set up camp in official camping areas and with a permit.

You are allowed to free camp if you are walking a recognised island trail, and get your camping spots approved in advanced. See our camping article for the details.

Technically, you need a license to fish in the sea in Gran Canaria but this rule is not currently enforced amongst tourists. However, some Canarian fish and other sea creatures are protected and you aren't allowed to catch or collect them at all.

These include all orange starfish, seahorses, spiny pufferfish, and conches. You must also respect all minimum size rules if you want to eat anything you catch.

Here's a useful photo guide of the marine species that you can't touch or catch in Gran Canaria, and a minimum size guide.

We have 1756 guests and no members online