Canary Islands Spiders Are Only Ferocious In The Newspapers 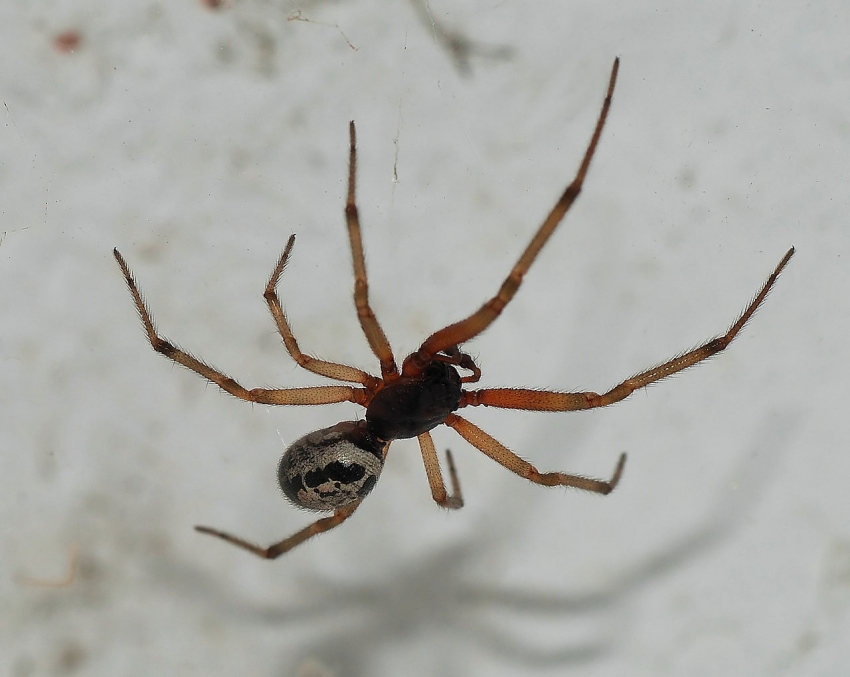 There's a spider living in Gran Canaria and the Canary Islands called the False Widow (Steodota nobilis). It never bites anyone local, but the British tabloid press makes it sound like a tarantula with a bad attitude.

The false widow is native to the Canary Islands and Madeira but has now spread from the Canaries to Germany, the USA and Britain (apparently by hitching a ride in bunches of bananas). Similar species live all over the world.

While the false widow is toxic, it rarely bites and when it does the bite is about as bad as a wasp sting. Occasionally someone has an allergic reaction and much worse symptoms but this is incredibly rare. The biggest danger seems to be that false widow bites can get infected.

False widows are shy and rarely bite and we've only ever seen a couple of them in Gran Canaria. They grow to 1.5 cm and make a small, messy web with a funnel in the centre. False widows like cool places like caves, quiet corridors, sealed rooms, etc. They are nocturnal and rarely move from their webs.

Alex says: Male false widows sing to the females by scraping their legs against their abdomens.

Press reports about spider bites in Gran Canaria and the Canary islands are strange as you never hear about locals getting bitten by false widows. We suspect that many of the ´spider bite' stories the UK press seems to love are actually caused by mosquito bites that get infected.

What to do if you get bitten in Gran Canaria

If you wake up with red bite marks in Gran Canaria, don't worry; In 99% of cases they are mosquito bites and harmless as the mozzies here don't carry any diseases. Just treat them with a calming lotion or take an anti-histamine if they swell up to anything bigger than a little finger nail. If your bites start to swell and the redness spreads, we recommend visiting a doctor just in case they are infected.

Spider bites in Gran Canaria are so rare that there aren't any official guidelines. If you do get bitten, try and catch the spider and put it in a jar. If the bite feels any worse than a wasp sting, then go to the doctor and take the spider with you.

For more on the few dangers and annoyances of Gran Canaria, click here.

We have 2619 guests and no members online