Pretty But Dangerous: The Nasty Grass That Is Invading Gran Canaria 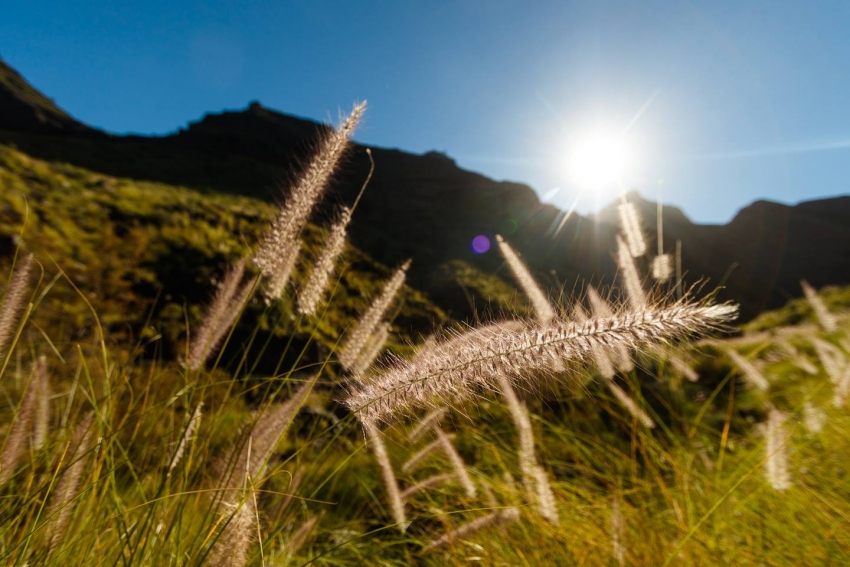 The nastiest thing on Gran Canaria isn't the introduced snakes, or the giant centipede, but an attractive grass from Ethiopia that is taking over.

Imported as an ornamental garden plant it first popped up in the wild in the northwest of Gran Canaria in the 1940s but is now found on all the islands. On Gran Canaria, it is particularly common and still spreading along roads and pathways. Parts of the island are a carpet of fountain grass. While it is pretty, it is an ecological disaster.

Where fountain grass gets a foothold, it quickly grows into dense clumps and eventually forces out local plants, pushing already rare and endangered species closer to extinction. It even survives fires, growing back quicker than other plants and forming a mono-specific carpet instead of the rich patchwork of local plant species that should be growing.

The problem with fountain grass is that it contains large amounts of silicates, which make it very tough. Ironically, it is about the only thing on the islands that the introduced goats and rabbits won't eat. There is currently no way of controlling the stuff as its long-lived airborne seeds spread if it is cut away by hand.

Fountain grass is not just a problem in the Canaries; it is considered a dangerous invasive in California, Florida and Hawaii as well as in Sicily and South Africa. A worldwide search for a biological control has failed to turn up anything that can tackle it.

There is very little locals or visitors can do to prevent the spread of fountain grass. Remove any seeds from your shoes when out walking and don't carry the pretty seed heads with you as it only takes one seed to start a colony in a new area.

Long-term, the solution to invasive fountain grass is to plant trees in areas where it has taken over as it doesn't grow well in the shade.

We have 3924 guests and no members online