5 Reasons Tourists Often Look At Canarians Like They Are Aliens 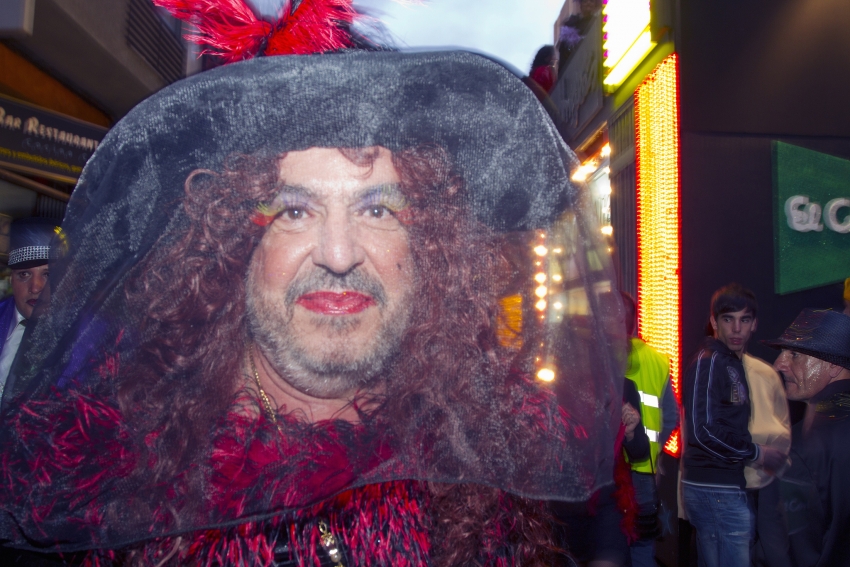 Canarian men like dressing as women, but only for carnival www.photosgrancanaria.com

Canarians live on gorgeous islands in the middle of the ocean and are as relaxed as you'd expect them to be.

And here's six things the tourists do that make Canarian minds boggle.

This insanely garlicky local food isn't really a sausage and most foreigners don't even regard it as edible. Made from ground pork, raw garlic and paprika, it's really a kind of pungent, orange paté sold in a sausage skin.

Canarians love the stuff and chorizo de Teror spread on fresh bread is a favourite fiesta breakfast. It's all the better if washed down with a can of equally lurid Clipper de Fresa: The local soda.

Alex Says: Try it if you dare, but never eat chorizo de Teror the day you fly home. There's a good chance you'll be chucked off the plane. Or refused entry at home.

When Canarian men dress up as women but don't shave

Carnival isn't carnival unless you've put on a pair of tights, some blusher and a skirt and walked around for a day. At least not in Gran Canaria. Dressing up in drag is a time-honoured traditional amongst Canarian men and they do it with gusto. Most don't bother to shave so the effect isn't exactly sexy.

Dressing up in drag is a time-honoured traditional amongst Canarian men and they do it with gusto. Most don't bother to shave so the effect isn't exactly sexy.

It confuses the tourists that come to watch carnival too.

When Canarians spend all day stretching

Canarians of all ages are utterly obsessed with stretching. Rather than a precursor to exercise as it is in most places, stretching in Gran Canaria is a popular pastime. Old folk are happy to spend an hour having a good stretch by the beach and surfers often spend a good half hour limbering up before hitting the water.

Even runners take the stretch to extremes and spend longer warming up and down than actually in motion.

When Canarians do crazy local sports

Canarians love football, basketball, and surfing but there's a whole universe of crazy local sports that they do to. Many date back to the island's aboriginals and are a source of great local pride.

People who visit Gran Canaria expecting resorts and beaches end up flat-out staring when they see a local lifting a 100kg plough straight up in the air, or jumping 10 metres off a cliff carrying nothing but a stick.

When Canarians behave like they own the beach (they do)

Gran Canaria tourist beaches are easy to spot because everyone lies in neat rows, one person to a towel or lounger.

Canarians not so much. The towel is optional and no visit to the beach is complete unless everyone is completely covered in sand (except grandma; She sits on a deck chair).

Canarians sprawl on the beach like they own it. Because all beaches in Spain are public, they do!

There's often a table for playing cards, a tent for the kids, at least three eskies full of food, beer, and ice, and a surfboard or six.

While tourists pack up in time to hit the buffet, Canarians grind out their beach day until the sun is going down. Sometimes, like at San Juan, thy just stay on the sand all night.

We have 3224 guests and no members online