What's On In Gran Canaria In May 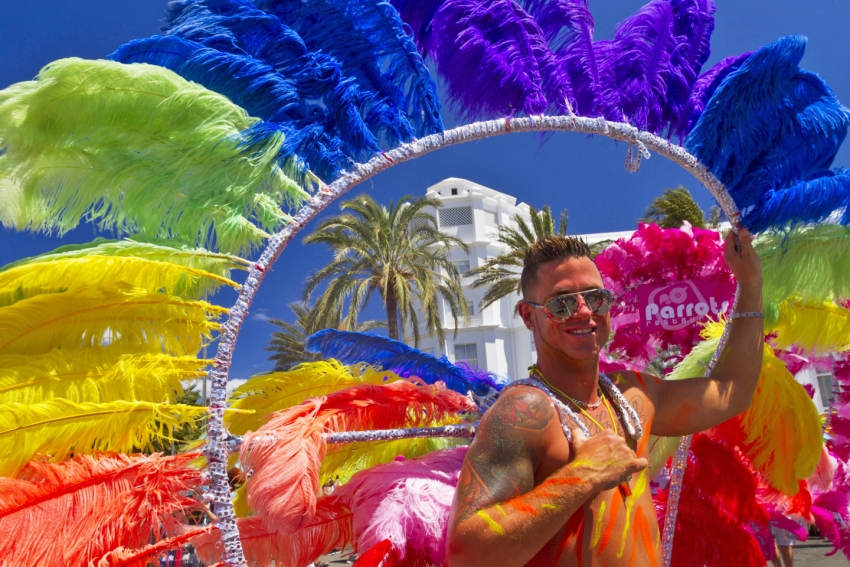 May in Gran Canaria starts with the Maspalomas Gay Pride Festival and ends with Canary Day. In between are a dozen local romerias with good food and loud music.

One of Europe's largest and definitely its sunniest pride event, the Maspalomas Gay Pride festival starts in the second week of May (8-17 May in 2015). While the parade is the best know event outside the gay community, most of the action happens within the Yumbo Centre. Pride includes everything from political debates to pool parties, high heel races to foam parties. See the official website here.

May the 30th is Dia de Canarias or Canary Day, the Canarian equivalent of St Patricks's Day in Ireland. It's a holiday across the islands and Canarians get together to celebrate all things Canarian; local folk music and dancing, traditional dress and food and the national hobby of drinking run and singing all day and all night. Canary Day celebrations happen in every town and village. Just follow the noise and feel free to join in.

Alex says: While Canary Day is celebrated all across the islands, each town and village in Gran Canaria has its own local fiesta (known as a romeria). Most celebrate the local patron saint or a significant religious event in the area's past but get the church part out of the way early with a solemn parade and mass. Then everybody gets out the rum, food and timples and starts having fun.

On May 9 (2015), El Tablero celebrates the Holy Trinity with a romeria.

Motor Grande, the original inland village at Puerto Rico, honors Maria Auxiliadora with a traditional romeria on Saturday May 23 (2015 date).

San Fernando honors its patron saint with a romeria on Saturday May 23 (2015 date).

Lex says: Romeras are great fun and, along with carnival, the only time that it is socially acceptable to be drunk in public in Gran Canaria.

We have 2152 guests and no members online