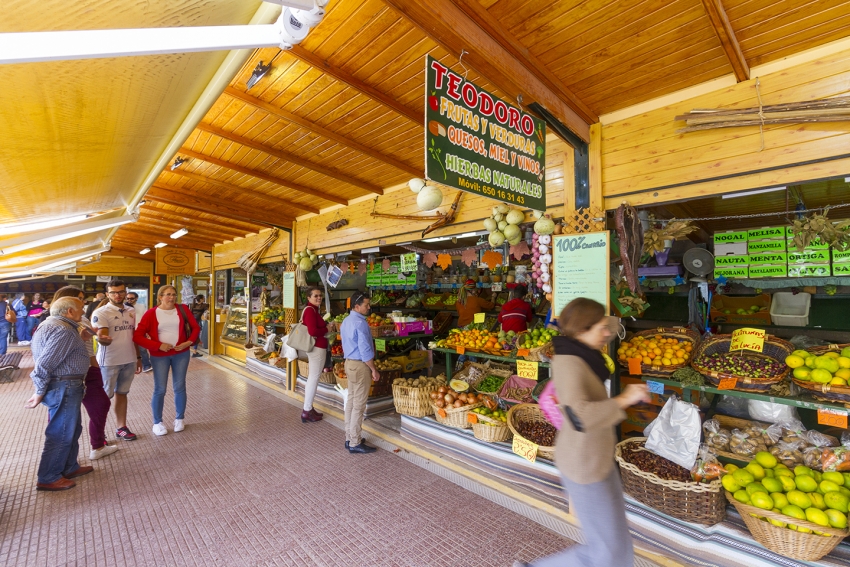 Santa Brigida market has a great selection of local produce and a quality wine stall photosgrancanaria.com

Santa Brigida weekend market is where Las Palmas' well-to-do go to be seen buying their fruit and vegetables. The fruit and veg are good, but prices are higher than at San Lorenzo or San Mateo. There's even an organic food stall.

Santa Brigida has 15 stalls set around a square with a playground in the middle. Most sell fruit and veg, but you can buy local cheese, eggs, bread and pastries. The wine stall is excellent and the place to pick up a couple of bottles of local Monte whites. The organic stall sells flours, grains and spices and some fresh veg. It's in the corner next to the cut flowers and plants.

Once you've shopped, head to the microbrewery (told you Santa Brigida was posh) in the park just behind the car park, or to the Casa del Vino for lunch in the garden and local wine by the glass. Or walk to the old part of town and get a plate churros (before midday) or paella at Mallow restaurant. If Mallow is full walk into the old town as several new places have popped up.

Alex says: Mallow is an institution in Santa Brigida. I've seen a man collect churros in a Rolls Royce, and men arguing over the virility of their hunting dogs.

Santa Brigida market opens on Friday afternoons, all day Saturday and on Sundays until 3pm. Arrive early for easy parking and to avoid the weekend queues on the road up to the Cumbres. Great for families as there's a playground in the middle of the market square.

We have 3689 guests and no members online