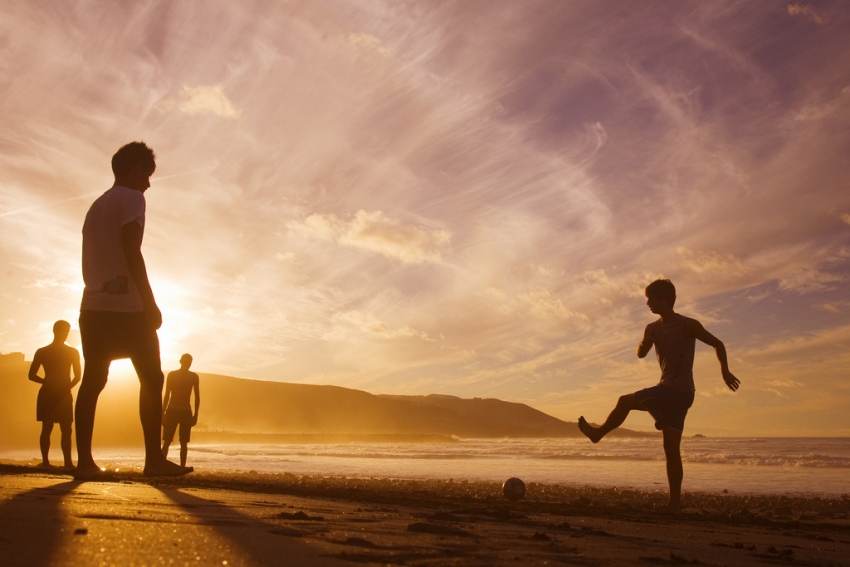 Three wins in a row and Las Palmas football team may pull off its own Cool Runnings story and stay in Primera Liga.

When Las Palmas got into Primera Liga last summer, Gran Canaria partied. But with the hangovers came the doubts. Could Las Palmas compete with the behemoths of Spanish football?

Six points in the first 10 games and relegation loomed like a storm cloud over Maspalomas beach.

By mid-February, and three losses in a row, things weren't much brighter. Even diehard fans muttered the UB40 concert was going to be the stadium highlight of the year.

And that was before one of Las Palmas' players got into a fight at carnival and ended up with 18 stitches in his head.

Las Palmas were looking like the Jamaican bobsled team. They'd livened up the party but just weren't up there with the big boys.

However, you can't keep a team in yellow from a sunny island down for long. Three victories in a row and Los Amarillos have found their groove.

And just like the Jamaicans in Cool Runnings, this is a redemption story. After three failed playoffs in a row, and that cruel last minute crash in 2014, Las Palmas belong in Primera Liga.

It's time to kiss the lucky egg.

We have 3377 guests and no members online