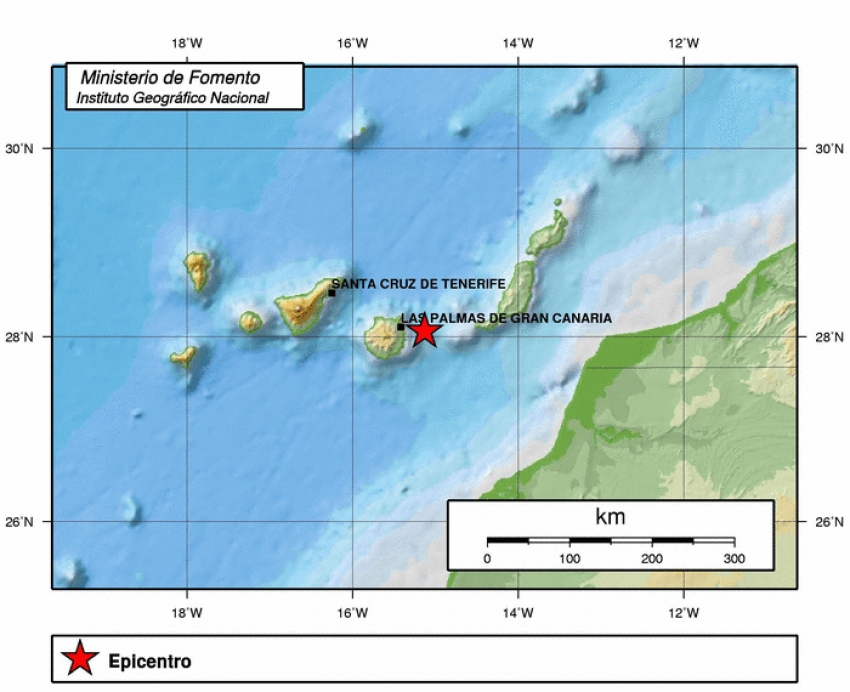 The east Gran Canaria municipality of Telde experienced a light earthquake just before midnight on April 7 and a second on just offshore on April 9.

At just 2.6 on the Richter Scale the first quake was almost undetectable on the surface. It happened at 23.53 and was 23 km below the surface. The second, offshore quake was too weak for anyone on the island to notice but was picked up the National Geography Institute's sensors.

Alex says: Minor quakes like this are common on volcanic islands and are completely harmless.

The isolated quake is unrelated to the series of small earthquakes recently detected between Gran Canaria and Tenerife. These are caused by the eruption of the Volcán de Enmedio; a new volcano that is now 400 metres high but still 3000 metres below the surface of the sea.  Read about the Volcán de Enmedio here.

More in this category: « Gran Canaria Basketball Team In European Final Sardine Feast in San Cristobal Village Coming Up »
Login to post comments
back to top

We have 2576 guests and no members online