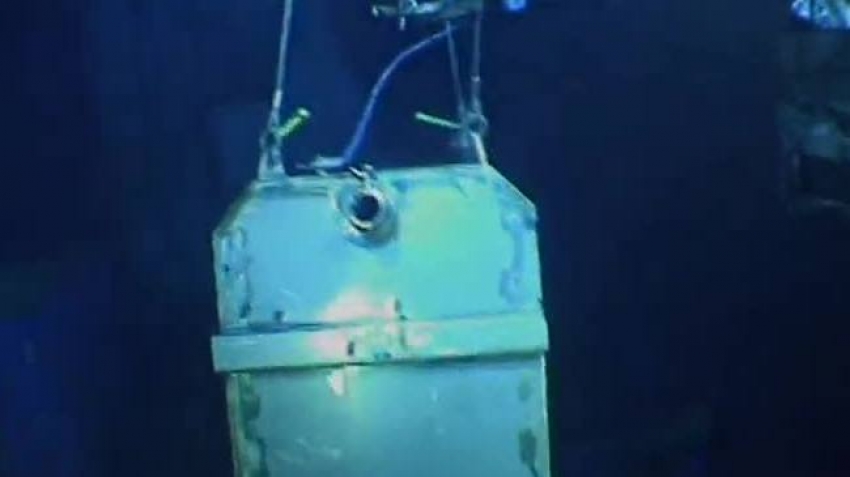 The first of several leaks on the wreck of the Oleg Naydenov has now been sealed with a steel cofferdam, according to the Spanish authorities. Efforts to seal the remaining fuel leaks are ongoing.

While the wreck is still losing fuel, it's encouraging that the technology and expertise exist to seal leaks at depths of 2,700 metres. The complex work is being done by ROV submarines operated by Norwegian firm OTECH Marine Services.

Weather conditions at the wreck site are currently challenging with 35 knot winds and waves up to 3.5 metres.

Once the leaks on the Oleg Naydenov are completely sealed, the next stage of the operation will be to extract the remaining fuel from its tanks to prevent any future pollution. AS yet here is no timeline established for this procedure.

Concerns of oil from the wreck causing large-scale pollution in Gran Canaria and the Canary Islands have abated. The escaped fuel oil, while still an environmental hazard, is drifting south away from the islands. Nonetheless, the waters between the wreck, 15 nautical miles south of Gran Canaria, and the island are being monitored daily by ship and from the air.

More in this category: « 13 Gran Canaria Beaches Get Coveted Blue Flags For 2015 Big Waves Forecast For Gran Canaria »
Login to post comments
back to top

We have 2818 guests and no members online