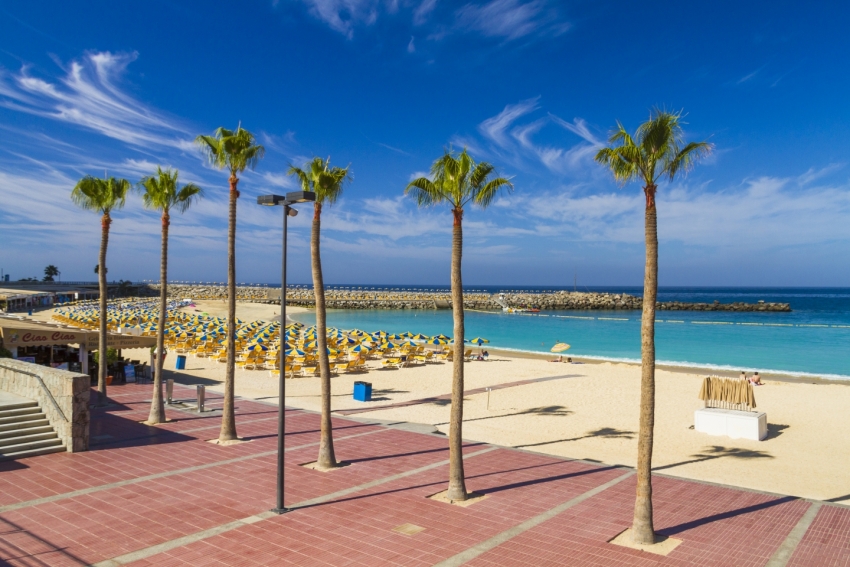 All the Gran Canaria news from week three of December 2015 in one cheerful roundup.

It was the busiest November ever for Canary Islands airports with Gran Canaria seeing 1,023,833 passengers, a 5.1% increase on last year and enough to make it Spain's third-busiest airport. And it's not just the planes that were full, the Canary Islands also had a record period for cruise ship arrivals; Las Palmas received 21.6% more passengers in the first nine months of 2016 than in 2015; A total of 882,181. The city isn't Barcelona yet, but the beachfront is getting crowded on cruise ship days.

To hotel or not to hotel

The saga over Mallorcan hotel firm RIU's plans for its old Oasis de Maspalomas hotel grinds on with local hotel behemoth Lopesan doing its best to stop its rival from redeveloping the prime, beachfront site. RIU wants to tear down the 1960s hotel and replace it with a larger, modern hotel while Lopesan is doing its best to stop it from touching the site.

The latest development is that Lopesan has successfully delayed the demolition of the old Oasis pending clarification about whether it is within the Maspalomas Nature Reserve. RIU is appealing and has also offered to reduce the footprint and height of its new hotel.

This one will run and run: RIU has deep pockets, but Lopesan owner Eustacio Lopez is a man used to getting his own way.

The Waterpark is a go

After a year of bureaucracy, the Playa del Inglés waterpark has now received the go-ahead from all public bodies. The site chosen by the Kiessling family (who own Loro Parque and Siam Park in Tenerife) was complicated because it occupied the watercourse of a barranco and blocked the proposed route of the Gran Canaria train.

However, after an intense period of talks, all the obstacles have been shifted and construction is due to start in 2016.

Given the rate at which the Las Palmas aquarium is progressing (another Kiessling project), it won't be long before Playa del Inglés get's its world-class tourist attraction.

A new way to sweat

Mogán municipality now has its own triathlon after agreeing to host the first Challenge Mogán-Gran Canaria event, along with German sporting event behemoth Challenge, in September 2016. Based at Amadores beach, it's hoped that it will grow into a full Ironman and is part of Gran Canaria's strategy to host a significant sporting event every month. The Challenge Mogán is expected to attract 700 athletes from over 20 countries.

The event was announced a couple of months ago pending final approval and is now official after a(nother) press conference.

Filming of The Titan, starring Sam Worthington and Ruth Wilson, starts in Gran Canaria in February 2016.

Could the British-funded film be the breakout movie that puts Gran Canaria on the location map? Well, fingers crossed as it's been described as a military science fiction love story set in a world of fear and wonder.

Here's what Variety has to say about The Titan.

Bye bye sunshine (for a day or two)

Gran Canaria's exceptional run of warm sunny weather comes to an end on Sunday, but only for two days. A cheeky cold front brings cloud and rain on Sunday and Monday before the sunshine comes back for Christmas.

Just in case you haven't seen Danny MacAskill's rooftop mountain biking exploits (9.5 million people to date have), you can watch it below. Posted on the GoPro YouTube channel, it's gone viral and put Las Palmas (well, its rooftops) on the map.

The keys to happiness

Happiness amongst British immigrants in Spain comes from getting involved in local life, having Spanish friends and eating Spanish food, according to the British Embassy "Integrometer" survey. We'll have a plate of papas con mojo please Mr. Ambassador, and a pint of Tropical.

It's Christmas market weekend in Gran Canaria with events all over the island. See the details in The Canary News' excellent weekly roundup of events

If you feel like a blast of local life, head to the Romeria de Los Labradores in Santa Lucia de Tirajana. It's the last one of the year and always busy, although this year it's moved from Sunday to Saturday because of Spain's general election. Also, note that the GC-550 road from Agüimes to Santa Lucia via Temisas is closed due to a landslide in October. Access to Santa Lucia is via the GC-60 through Fataga and San Bartolomé, or the GC-65 via Vecindario (one-way from 16.00 until 23.00 to help people get home).

More in this category: « Gran Canaria In The Movies: Filming Of 'The Titan' Begins In February Gran Canaria Shark Bite Story Goes Global »
Login to post comments
back to top

We have 2553 guests and no members online