Gran Canaria Home To One Of The World's Rarest Birds 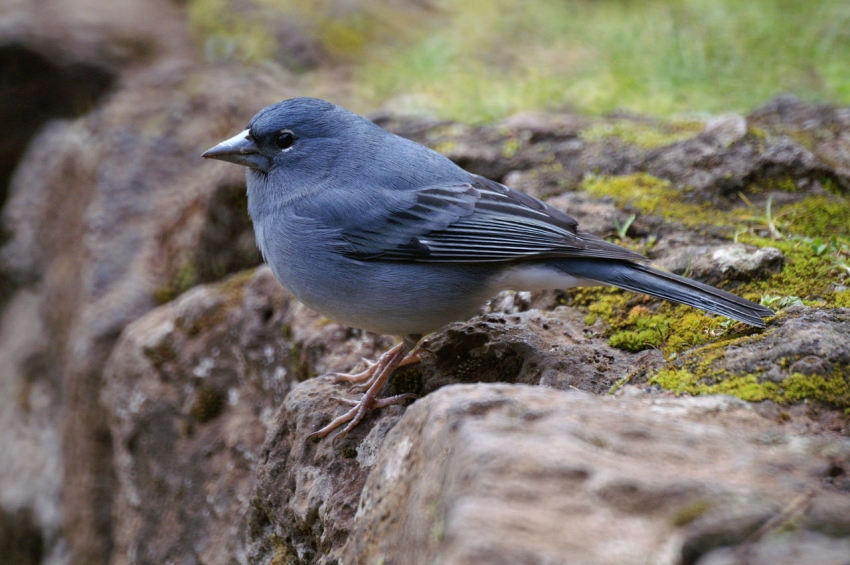 The blue chaffinch or pinzón (also pinzul) live only in the pine forests of Gran Canaria and Tenerife and the two island populations were regarded as subspecies. However, a recent study has found that the Gran Canaria blue chaffinch is a separate species from its Tenerife neighbour. It is to be called Fringilla polatzeki.

The decision to elevate the pinzón to species level instantly makes it one of the rarest birds in the world as there may only be 200 individual birds in existence.

The main threats to the survival of the Gran Canaria blue chaffinch are predation by stray and feral cats, a lack of large pine trees to nest in, and a lack of fresh water sources. In the past, blue chaffinches were shot by collectors looking for a rare stuffed bird to take home and display in a glass case. One German bird hunter, the notorious Von Thanner, is thought to have shot hundreds in Gran Canaria.

Most blue chaffinches live in remote areas of the pine forests in west Gran Canaria in the Inagua reserve, but there are a few living in the centre of the island. They are slightly larger than a European chaffinch and the males are a distinctive smokey blue colour.

The good news is that the first birds to be released back into the wild from a captive breeding program seem to be doing well.

We have 6581 guests and no members online