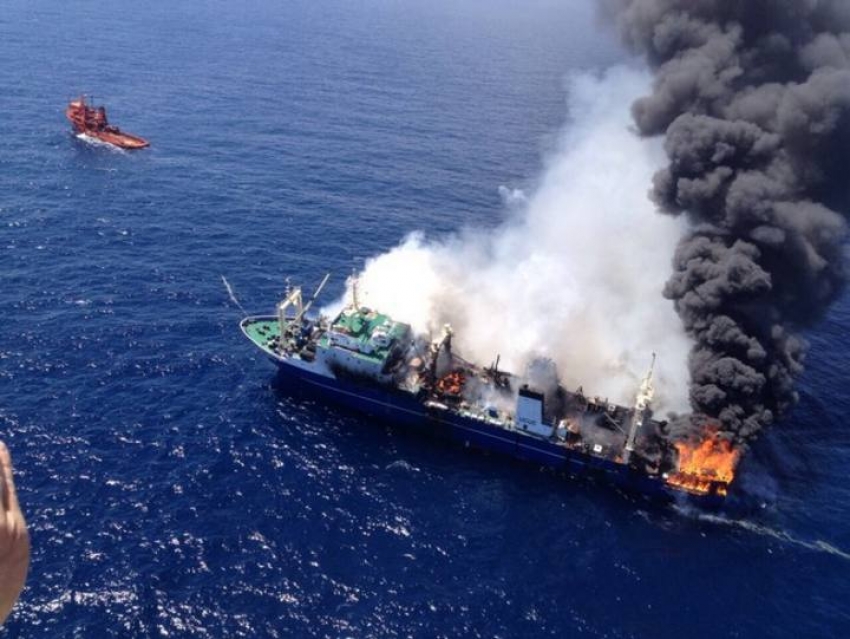 The Oleg Naydenov on fire before sinking

The wrecked Russian fishing boat is no longer leaking a single drop of oil, according to Spanish minister of development Ana Pastor.

It's taken three and half months since the ship caught fire and then sank off south Gran Canaria, but the last of the leaks in the hull of the sunken fishing boat has been capped.

Each of the 15 leaks in the hull now has a steel coffer dam over it to catch the leaking oil. All work was carried out by undersea ROVs as the wreck is in 2,700 metres of water and sits 65 kilometres offshore.

In some cases, once the dam was in place, the cracks were enlarged to speed up the capture of oil.

Pastor said that oil would pool in the steel structures and could then be pumped into storage tanks and transported to shore for recycling.

Extraction of the remaining oil in the wreck will take until at least October, according to Pastor. She noted that nobody knows how much of the 1,400 tonnes of fuel originally in the wreck remains in place.

The pollution threat level around Gran Canaria has now been reduced from 2 to 1 since there is no longer any danger of oil from the Oleg Naydenov reaching the shore.

We have 2956 guests and no members online