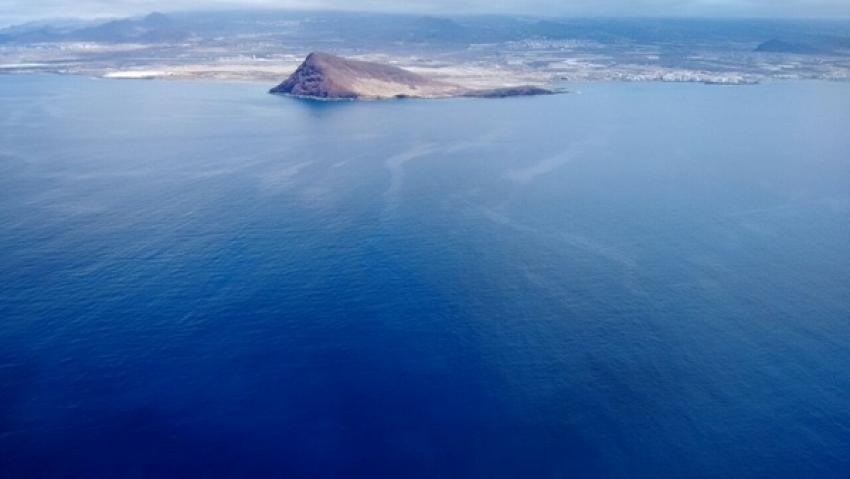 Aerial photo showing possible oil in the water off Tenerife

Gran Canaria's beaches are currently clear of fuel oil after a large volunteer-led clear up over the past two days. There is currently one confirmed oil slick 5 kilometres from the coast but no reports of fresh oil close to the island.

The Oleg Naydenov wreck continues to leak fuel, but offshore weather conditions have improved allowing clean-up boats to collect oil from the surface. We still don't have a timeline for sealing the leaks or draining the wreck's fuel tanks.

The area around south and west Gran Canaria is now being watched permanently from the air. There is one confirmed oil slick some 5 kilometres west of Gran Canaria but no new oil has been spotted close to the shore.

There are also reports of oil in the water off the east coast of Tenerife, but these have not been confirmed by official sources.

Photos published in recent days of lines of oil in the water of Gran Canaria and now Tenerife seem to be a case of mistaken identity.

In the Canary Islands, smooth patches of water form every day. They are either caused by the wind and waves, or by fresh water seeping into the ocean and forming a thin layer on the surface of the sea.  These patches are called slicks (not oil slicks) and are moulded into lines by the actions of the wind and waves. They are completely natural and harmless.

This happens almost every day off south Gran Canaria and anyone using an early morning ferry will have seen them.

There may be oil in the water off Gran Canaria and Tenerife, but the dramatic oil slick photos published by Greenpeace and the WWF are of a natural event rather than oil pollution.

El Diaro report stating that no oil has been identified off Tenerife.

More in this category: « Cheese Versus Strawberries: Foodie Event Clash On Sunday It's Official: Gofio Is Good For You: »
Login to post comments
back to top

We have 2617 guests and no members online