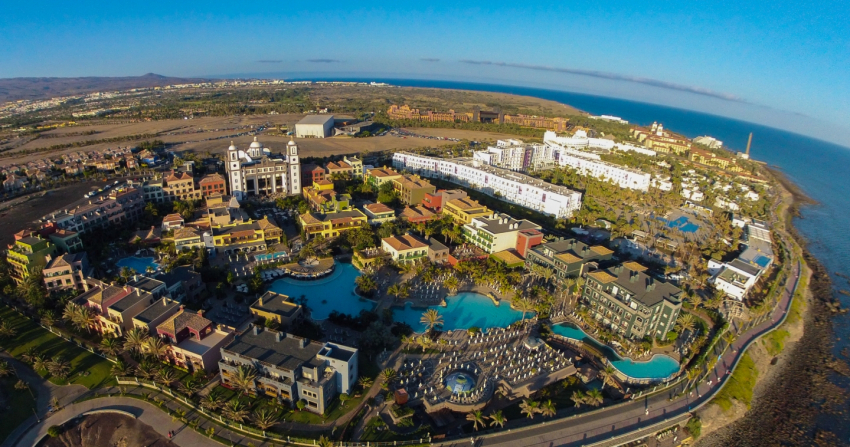 The chosen site is the two plots of land between the Baobab Hotel and the conference centre behind the hotel strip at Meloneras (dubbed Gran Canaria's golden mile). The mall will be 78000 square metres and cost over 100 million euros to build.

It replaces a plan to build a 28000 square metre shopping centre on the plot right next to the Baobab. Lopesan has stated that it wants to build a much bigger mall that provides space for El Corte Inglés and other major fashion brands. In order for the new plan to get approval, Lopesan will have to give up the right to build another 1500 tourist beds at Meloneras.

The homegrown hotel and construction chain has already submitted plans to the government in a bid to get the project the project declared of strategic interest because this makes getting permits much easier.

El Corte Inglés, Spain's top department store, has ben looking for a way to open a big store in south Gran Canaria for over 20 years.  Until now, it had been expected to locate its new superstore at the Faro II shopping centre in Campo Internacional, Maspalomas. However, the future of the now virtually abandoned centre is unclear. We wouldn't bet against it ending up as a hotel in the future.

Alex Says: Will this megamall happen? We think it will even though it involves some serious rejigging of the original plans for the area and changes to the existing road layout. It makes a lot of sense to have a big retail offering right by Meloneras and only the RIU has the clout to fight back against Lopesan on its home turf.

More in this category: « Gran Canaria Carnival dates For 2017 Maspalomas Soul Festival Confirmed For 2017 »
Login to post comments
back to top

We have 2458 guests and no members online