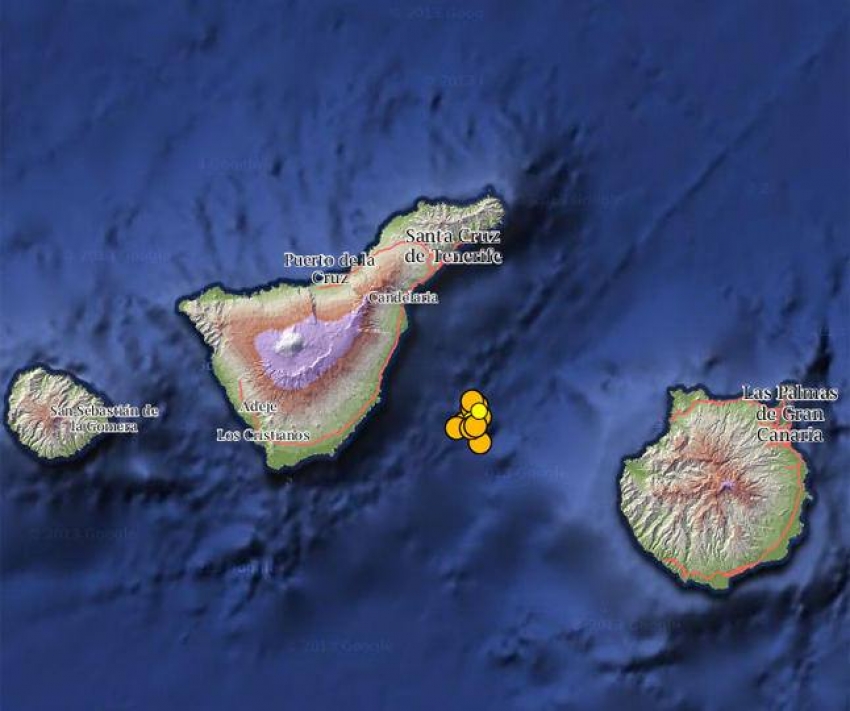 Discovered in the 1990s and called the Volcan del Enmedio (literally The Volcano in the Middle), the 400 metre undersea volcano seems to be active as scientists have detected a seris of earthquakes in the area. Given that it is still 3000 metres below sea level, they will be using a specialist research ship to check for heat and volcanic gas emissions.

The Spanish Institute of Oceanography has announced that its research vessel the Ángeles Alvariño will moor over the volcano in May 2015 before heading over to El Hierro to continue its study of the 2012 volcanic eruption just off the south coast.

The Ángeles Alvariño will then split its time between the two volcanoes over the next three years.

It's going to be a long time before the Volcan de Enmiedo forms a new island but we bet someboy is already working out what to changre for parking ;-).

We have 2663 guests and no members online