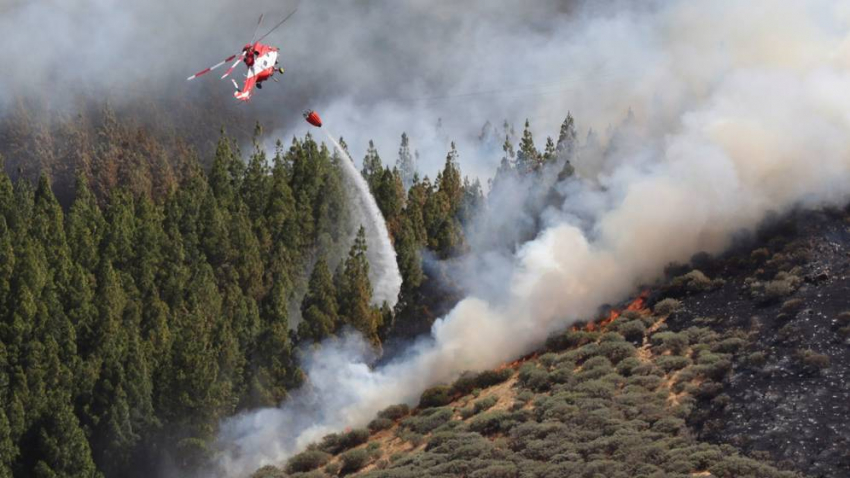 Fighting the fire in Gran Canaria

Tejeda has been evacuated after strong winds reactivated the Gran Canaria fire and pushed flames towards the town. The fire is currently out of control and spreading on several fronts.

The entire population of Tejeda town, around 1000 people, has been evacuated to San Mateo while outlying areas of Artenara have also been evacuated. At one point last night Artenara, Gran Canaria's highest village, was completely surrounded by fire. Observers described the overnight scenes in Gran Canaria's highlands as Dantesque with huge flames and winds gusting at over 70 kilometres per hour!

Dawn revealed that the fire, fuelled by strong winds, is growing on several fronts close to Tejeda and Artenara and is currently out of control. However, with the daylight fire-fighting helicopters and planes have started to drop water again and there is hope that the fire's advance can be slowed or controlled. The wind has dropped although strong gusts are still forecast over the next couple of days.

The centre of Gran Canaria remains completely off limits to everyone who isn't part of the fire-fighting effort.

More in this category: « Gran Canaria Fire Out Of Control & Threatening Tejeda Making Sense Of Gran Canaria Forest Fires »
Login to post comments
back to top

We have 2788 guests and no members online