Eat The World: 20 Of The Best National Cuisine Restaurants In Las Palmas 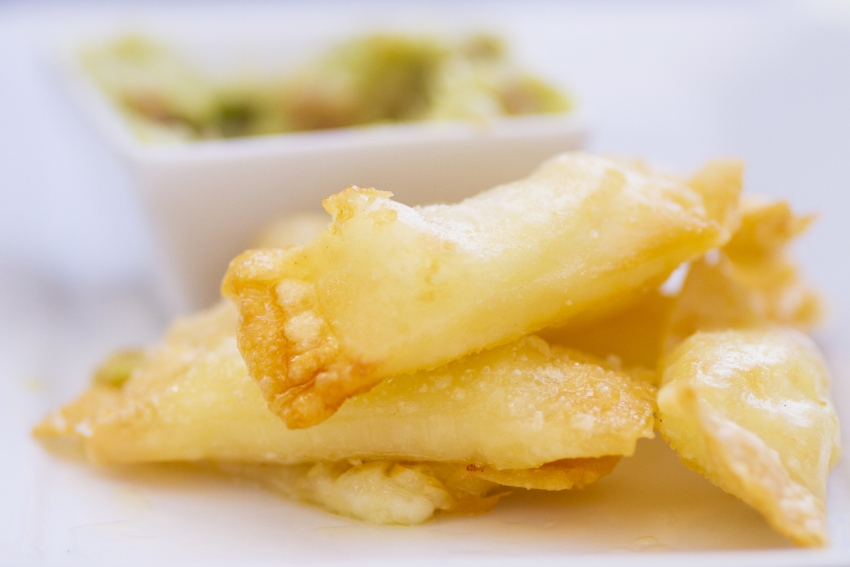 In Las Palmas, you can eat the world with cuisines from over 50 countries on offer. Here are 20 of our favourites national restaurants.

If there's a better place to eat a good plate of ceviche this side of Lima, we've not found it yet. Ají, Limón y Canela do a great range of Peruvian classics and are also the only place on the beach to get a Pisco sour. As the only Peruvian restaurant in Las Palmas (that we know of), there aren't any obvious alternatives but you don't need one. The food here is excellent.

As the only Peruvian restaurant in Las Palmas (that we know of)  there aren't any obvious alternatives but you don't need one; The food here is excellent.

At Calle Sagasta 68, but actually on the beachfront.

Small, intimate and just of the beachfront, San Andrea does the Italian food that Italians eat at home. Their chicken pasta is superb, and so are the grilled vegetables.

There are dozens of Italian restaurants in Las Palmas, but it's hard to pick many of them out of the pack. Piemonte, just south of San Andrea along the beachfront is one of them, and Romeo y Giulietta, tucked away in Arenales barrio, is rising up the rankings

Las Palmas has lots of Japanese restaurants and even a couple of conveyor belts, but nowhere does things as well as Kyoto. The gyoza are spectacular, the sushi and sashimi are made from top quality fish, and the service is always excellent.

At Calle Barcelona 13 just back from Alcaravaneras beach.

One of the first Lebanese restaurants in Las Palmas and still setting the standard, Los Cedros is just off the beachfront.

Another option includes Monte Libano a bit further south on the beachfront (it does great falafel).

The best Mexican food in Las Palmas right now is at La Picantina. You need to book to get your burrito fix as it only has three tables.

On Pascal 22 just off Fernando Guanarteme and around the corner from Plaza Ferray.

A new restaurant that is bringing Portuguese cuisine to the city. The reviews are as good as the food and this is a must try if you love your bacalao confitado and feijoada, or are just curious about Portuguese food.

Tehran has been dishing up Iranian classics for years and is the place to go if you want to see what a few thousand years of history can do for a cuisine.

The Koreans arrived in Las Palmas as evangelists and fishermen. God and squid aside, they also run some mean restaurants in the city and this is one of the best. Try the kimchi and the bulgogi.

Grizzled Las Palmas veterans will remember the grub at the legendary Pat's Place pub, but it's been a while since Las Palmas had a good British-inspired restaurant. Well, this Triana spot does that and more; Locals (both expat and real ones) love the burgers and even the tortilla.

On Calle Constantino 5, just off the Triana High Street.

What has Uruguayan cuisine ever done for us' Go here and find out, although don't expect much beyond fantastic steak and the original Polvitos Uruguayos (a light cheesecake-like dessert invented at this restaurant and now ubiquitous in Las Palmas).

You can order for yourself if you really know your meat, but do feel free to trust the waiters. They have an uncanny knack of fixing each client up with the right piece of cow.

At Calle Portugal 9, just behind the beachfront.

Las Palmas, somewhat inexplicably, doesn't have a stand-out Chinese restaurant. It's probably because the now-receding tidal wave of cheap buffets killed them all off. Tesoro Chino is an old favourite and is where Chinese dignitaries go for food when they come to do business in the port.

Great Cuban spot that makes the best mojitos in town and knocks out Cuban classics at great prices. They even answer their negative Tripadvisor reviews!

Cuba 58 is in the Las Ramblas shopping centre. Just get a taxi.

A hidden restaurant serving the best Indian food in town? That's the Club Hindostanico. It's actually a private members club for the city's large Sindhi population, but also runs as a public restaurant. The food is authentic and delicious and this spot really is a treat if you can find it.

For an easier to find Indian restaurant that still does a cracking curry, head to Restaurante Nawabi on Jesús Ferrer Jimeno 7, off Mesa y Lopez street just off the Plaza de España.

We have 4283 guests and no members online