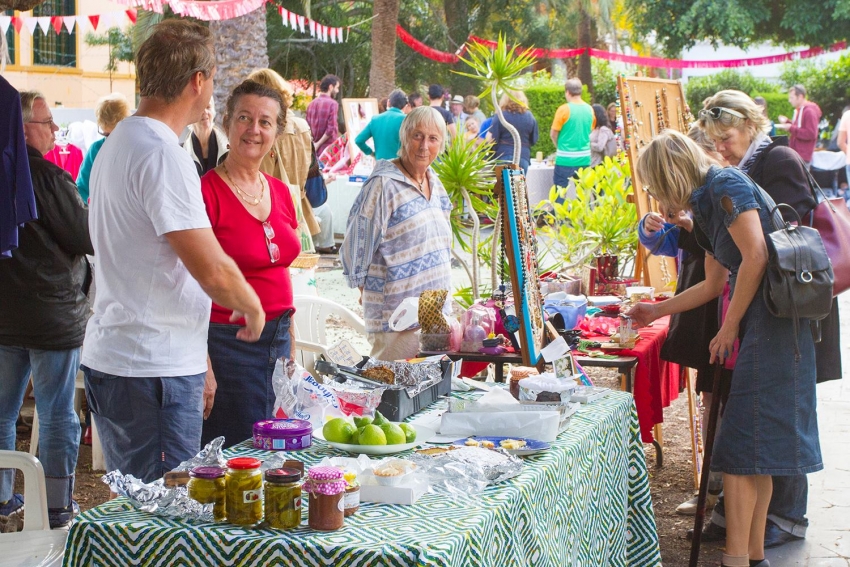 For a slice of Las Palmas history, and a slice of delicious cake, don't miss the Christmas bazaar.

Once a year Canarians, expats and guiris all gather at the Anglican Church Christmas bazaar for a feast of tea, cake and charity. The event raises money for the church, still a registered Anglican Church with regular services, and for the upkeep of the church itself.

The bazaar is one of if not the oldest foreign charity event in Las Palmas and is held in the garden of the Anglican Church in Las Palmas on the last weekend of November; It's ben running every year since at least the 1950s.

The Anglican church is a historical monument

The Las Palmas Anglican church was built in the 1890s in Victorian Gothic style and was the first building in what is now known as Ciudad Jardin or the Garden City. It is now recognised as a Monument of Cultural Interest in Las Palmas.

It’s easy to forget as you wander around Las Palmas that the British were a huge part of the city’s history. They controlled the port and much of the early banana and tomato trade with Europe, as well as using Las Palmas a base for trade with West Africa. The church and the nearby British Club are the last remaining vestiges of this period, although there are other hints like Thomas Miller Street just behind Las Canteras beach.

The day when a bossy colonel's wife would chase people out of the gate if they arrived ten minutes early are long gone; Nowadays, the bazaar is the biggest annual event for Las foreign residents and there must be people from 50 countries at each one.

Tea, cakes, books and, of course, a bar

The Christmas bazaar is a cross between jumble sale, fete and food fair. It's held in the garden of the Anglican church under the palm and ficus trees and is a fun, friendly event with everything from live music to face-painting.

As well as the ever-popular tea and home-made cakes, there's a BBQ selling burgers and hot dogs (made from either chorizos or British sausages), a salad stall and a fantastic Colombian stall run by the island's best Colombian cook (don't believe us? You'll have to come and confirm it for yourself). Parents can tuck into their slice of lemon drizzle cake or burger in peace as there are kiddie's activities all throughout the day.

The second-hand books are always popular, but there's plenty to spend your money on even if you'd made the jump to the Kindle; Jewelry, Christmas cards, bric-a-brac, second-hand clothes, hand massages, crafts, and toys. Buy a few raffle tickets and you might walk away with a meal for two, a spa day, even a British cured ham. And get the right number and you'll win a great bottle of Scotch at the tombola.

If you aren't in town for the Christmas bazaar, then don't worry. The Church also holds a spring fair, handicrafts market and a harvest festival throughout the year. Each event is a fun day out and a great way to connect with a living part of Las Palmas' long history as a cosmopolitan city.

Want to help out at the bazaar? Join this Facebook group and let the organisers know what you'd like to do.

We have 2915 guests and no members online