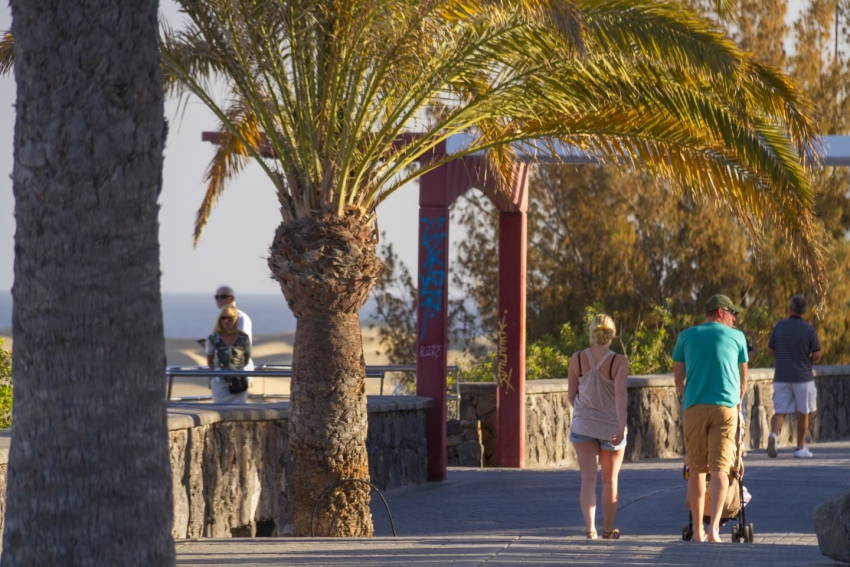 Think you know everything there is to know about Maspalomas resort and beach? Test yourself with these 10 little-known facts.

The first tourists to visit Maspalomas didn't come for the sunshine and the beach, but for fresh water from the lagoon. We know this because the palm trees in the Maspalomas oasis are hybrids between Canary Palms and date palms. Inland at Fataga the palms are pure Canary palms. Botanists think that early North African and Arab visitors left their date pips at Maspalomas and that they grew into palms.

Maspalomas' first celebrity visitor was Christopher Columbus. He stopped for water at the lagoon on his last voyage to the Americas in 1502. That's why the road running down to the beach and Meloneras is called the Avenida de Cristóbal Colón.

Before the 1960s, Maspalomas was a little hamlet and there was no tarmac road from the north of Gran Canaria. The resort began after an International Ideas Contest on how to develop tourism in the area.

The Maspalomas lighthouse is much older than any other building in the resort and was finished in 1889 after 28 years of building work. The area was so remote that the builders had to bring everything in by boat and built the quay next to the lighthouse to unload it. The lighthouse is 60 metres tall and can be seen for 19 nautical miles. The lighthouse is due to open as a museum and crafts centre and visitors will be able to climb to the top.

The name Maspalomas has nothing to do with pigeons. It comes from the name of an early settler in the area: A Majorcan soldier called Rodrigo Mas de Palomar, or from another early settler called Francisco Palomar: Nobody is quite sure.

The Maspalomas dunes don't appear on early maps of the area. Scientists think they formed after a massive tsunami in the 1750s. 100 years ago the dunes were covered in birds pooh as they were home to a colony of 500 pairs of terns. The lagoon even had breeding ducks. Today the Maspalomas lagoon is an important stopping point for migrating birds and even has a resident osprey.

Maspalomas beach is 5,600 metres long if you walk all the way from the lighthouse to Playa del Inglés. You can carry on walking along the sand to the end of El Cochino beach, adding another kilometre to the walk if your calf muscles can stand it.

Maspalomas gets 2738 hours of sunshine per year. That's an average of over 7.5 hours of sun every day.

The central section of Maspalomas beach is the world's most popular nudist beach. Thousands of nudists go every day of the year to get an all over tan. To find the nudist part of Maspalomas beach, just walk towards the middle from either end and stop when you're surrounded by naked people.

We have 3171 guests and no members online