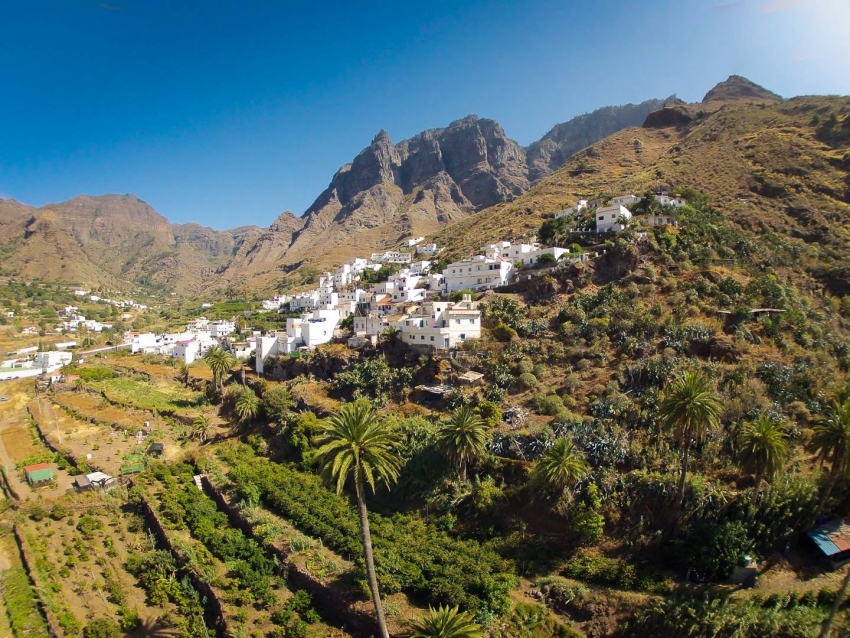 You can't visit the white village of San Pedro, about half way up the Agaete Valley, without looking up: it's right under the highest cliffs in the Barranco and looks more like an alpine village than a Canarian one.

Surrounded by coffee and tropical fruit farms (it's not that alpine), San Pedro is a great place to stretch your legs. Actually it's two places: the village is divided into rival barrios by the dry streambed at the bottom of the valley. This division is more than theoretical.

During the Spanish Civil War, San Pedro supported Franco's right wingers  and La Vecindad supported the left-wing Republicans. One day a lot of the Enfrente men were rounded up and executed because they were on a list of Republican supporters given to the authorities by someone in San Pedro. Later it turned out that the list was just the names of people who owed money to the village pharmacy.

History and geography still separate the two sides of the village today and some families don't speak.

The prettiest part of the village is the road-free part of La Vecindad: Follow the road over the bridge into the village as far as it goes and then walk down the narrow lane that runs the length of the barrio. It's full of flowers, fruit trees and fat, happy cats, and there're views both up and down the valley.

We have 2792 guests and no members online