The Tragic Irony of Anfi Del Mar's Decade Of Madness 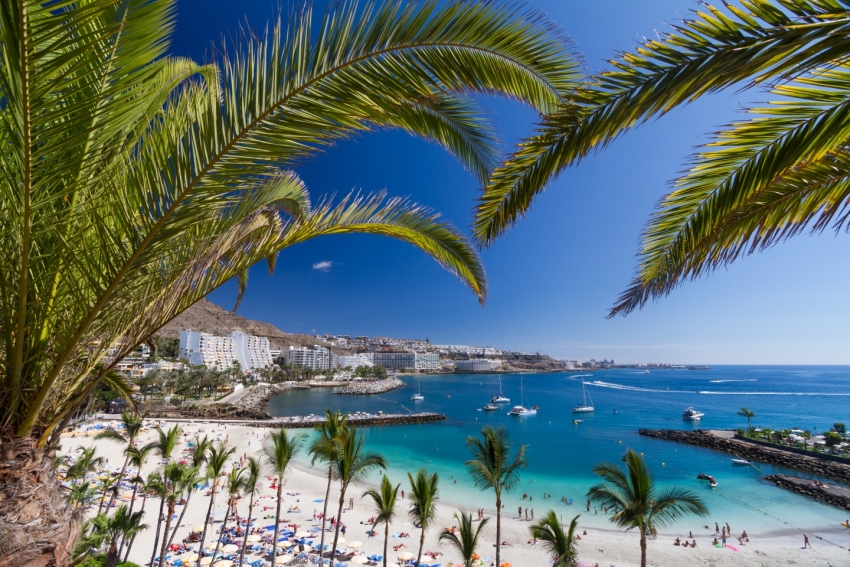 Anfi Resort remains one of Europe's top timeshare complexes, but a 10-year spree of getting holidaymakers to sign illegal timeshare contracts is costing it dear.

When the Anfi Resort Complex opened for business in 1992 it was one of the world's most luxurious timeshare resorts. Its focus on quality and service made it a cut above most of Gran Canaria's hotels and accommodation. Years later, it's still one of Europe's leading timeshare resorts and remains unmatched in Gran Canaria.

Billionaire founder Bjorn Lyng always wanted a quality resort and made sure that he got one. He faced Anfi's blocks with stone, built a huge, heart-shaped island and shipped in Caribbean sand for the beach.

Anfi was Lyng's baby and it cost a fortune. Once th first blaocks of Anfi Resort opened, the race was on to get the money back and build more. Gran Canaria's timeshare boom had started.

Between 1992 and 1999, Anfi's sellers did pretty much as they chose; it was timeshare's Wild West period and Anfi's vast network of salespeople sold timeshares as fast as Lyng could build the resort.

Spanish law, written before timeshare even existed, wasn't up to the job of protecting people from the cowboys.

The fateful day when the law changed but Anfi didn't

On January 4, 1999, Spain brought in a strict timeshare law. It outlawed lots of the things Anfi, and Gran Canaria's other timeshare firms, were putting in their contracts. But timeshare didn't change its sales tactics or contracts. It just carried on as if it was above the law.

Gran Canaria's timeshare resorts, including the Anfi flagship, were breaking the law every day. The Wild West days were over and the sheriff was heading into town.

Did Lyng know that thousands of the contracts his sales teams were signing were illegal? It's hard to imagine that a man who built a billion euro empire didn't know exactly what was going on. Perhaps, like many successful men, he thought he could make any problem go away. He certainly had a huge legal team.

Looking back, Anfi must wish that its lawyers ad put in the effort to write legal timeshare contracts. A few days work back then would have saved the company a fortune.

Instead, Anfi's army of lawyers had one job: To make sure that nobody ever got their money back no matter how dodgy their contract was.

While the sales teams were pushed to make more money, the legal department did their best to hold on to it. Lawyers blocked, delayed and appealed everything. Fighting Anfi because such a long-winded and expensive process than many owners with obviously illegal contracts just gave up.

But while Spanish law is slow, it is also remorseless. In the end, Anfi and timeshare just ran out of legal tricks.

In 2015, the first case against Anfi reached the Spanish Supreme Court. Inevitably, because it was so illegal, Anfi lost. Then it lost again, and again.

The result is that Anfi resort is now returning money to owners with illegal contracts when the courts order it to.

Once the Spanish Supreme Court rules, there is no wriggle room no matter how many lawyers you have.

This means that if you're one of the thousands of Anfi owners with an illegal contract, you can (finally) get your money back.

Is Anfi really the bad guy in Gran Canaria?

This is the tradgedy of Anfi. It's still a superb resort. It still offers excellent quality and service. And many of its owners are happy and always have been.

But that decade of madness after 1998 is now costing it dear. As the island's biggest timeshare resort, it has the highest number of illegal contracts. And the most to lose.

Anfi faces an avalanche of legal cases over the next few years. Nobody knows what the effect will be.

But we do know that it will have to pay out when the courts tell it to.

The victims of Anfi's decade of greed are finally getting their money back.

If you signed a timeshare contract after January 4, 1999, there's a good chance that it contains an illegal clause and that you can go to court, get it annulled, and get you money money back.

Just fill in this form and the top Gran Canaria timehare law firm (the one that won all those supreme court judgements and the only one that has beaten Anfi) will be in touch within 24-hours.

THIS ISN'T A SCAM: The CLA has won 25 Supreme Court Judgements in the lst 18 months and is winning cases against Gran Canaria timeshare companies every week.

It's not just Anfi: Here's the full list of Gran Canaria and Canary Islands timeshare resorts that have lost in court.

And here's our FAQ about exactly what is illegal in a Spanish timeshare contract.

We have 5191 guests and no members online