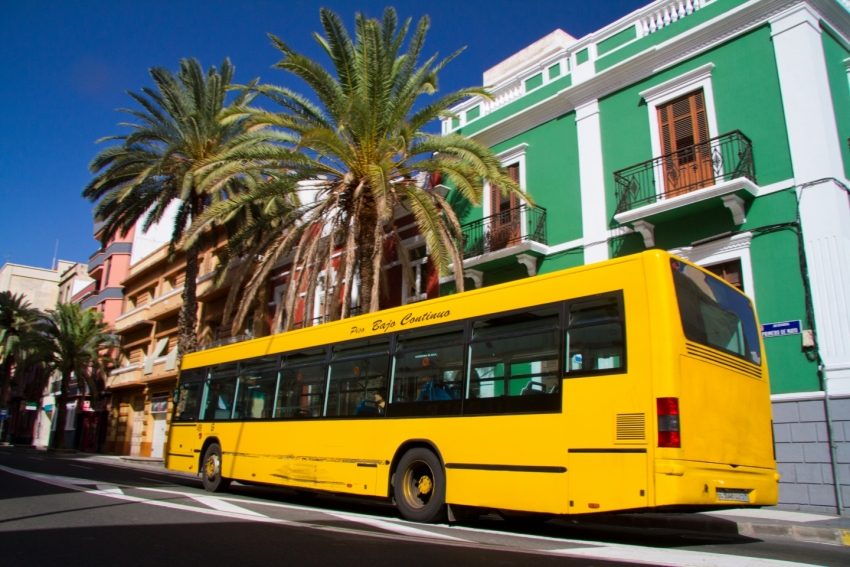 Gran Canaria's buses, called guaguas, come in lots of shapes and sizes and all their timetables are in Spanish. However, once you get the knack of them, local buses are a superb way to explore Gran Canaria.

Publis buses are there mostly for the locals so they go to towns and places that aren't in the travel guides.

Gran Canaria's main public transport system is it's fleet of big blue buses. These travel between towns and villages and are safe and reliable.

Check timetables on the bus stops and also on the Global's website. While the online timetables are in Spanish, the main bus stations in Puerto Rico, Maspalomas and Playa del Inglés have decent multi-lingual information about popular routes.

Once you get to Las Palmas you switch from blue to yellow buses. Again they are reliable and safe and a great way to get between the most interesting bits of the city. You need to buy a card as you can't pay in cash on the yellow buses any more. They are sold in the main Las Palmas bus stations and in most little shops.

If Las Palmas' yellow buses seem like too much hassle, then the big red bus is your Las Palmas carriage. The open-topped guagua goes round and round the city every day and you can hop on and off as much as you want. It does the main attractions from the beach to the old town and also stops at a great viewpoint. Get tickets from the bus stations in Las Palmas.

There are a vast number of private buses (called guiri guaguas) zipping around all over Gran Canaria. Some do the airport run and others take visitors around the island. You can't jump on them unless your name is on the list (be nice to the driver and you might get a lift if you're stuck) so they aren't all that useful to independent travellers.

We have 4769 guests and no members online