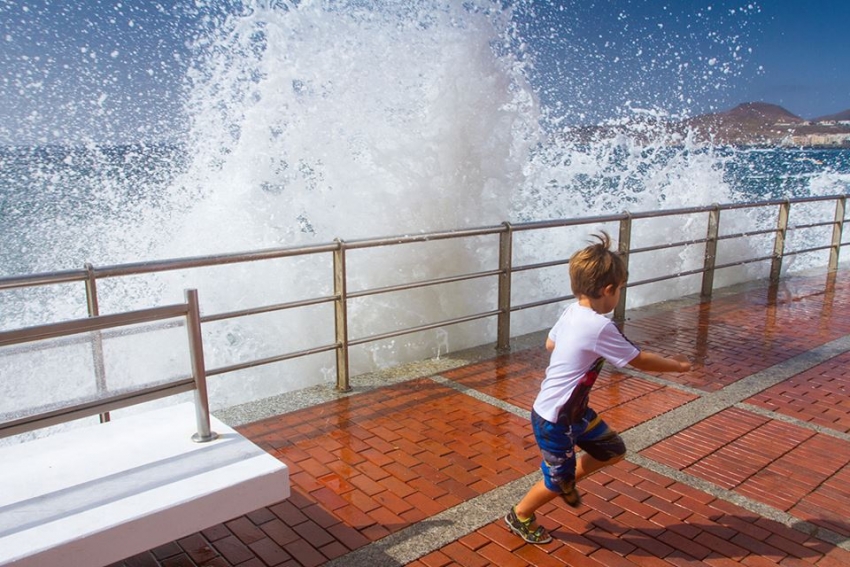 05.09.2016: The fierce heatwave scorching south and western Spain this week won't affect the Canary Islands. Instead, Gran Canaria gets standard September weather; hot sun and a few gusts of wind.

The whole of Gran Canaria will be hot and sunny this week with the caveat of some cloud along the north coast (although this will burn off most days).

With no dust in the air and the sun still strong, the UV readings this week will be off the charts so please wear plenty of cream, sunglasses and a hat.

At some point during September the Trade Winds will die down and the island will start to generate its own fluffy clouds. This period, known as the 'calmas de septiembre' ins one of the prettiest times to be on the island. It's also the start of summer in north Gran Canaria because no wind means no cloud.

At the same time, Gran Canaria often gets big swells during September. These are known as the 'mareas del Pino' and are said to coincide with the fiesta celebrating the island's Patron Saint.

The sea temperature is rising fast and is currently about 23ºC; far too warm for anyone to complain that it's cold.

So sunshine, warm water, great surf and a big party. Not bad at all!

We have 3669 guests and no members online